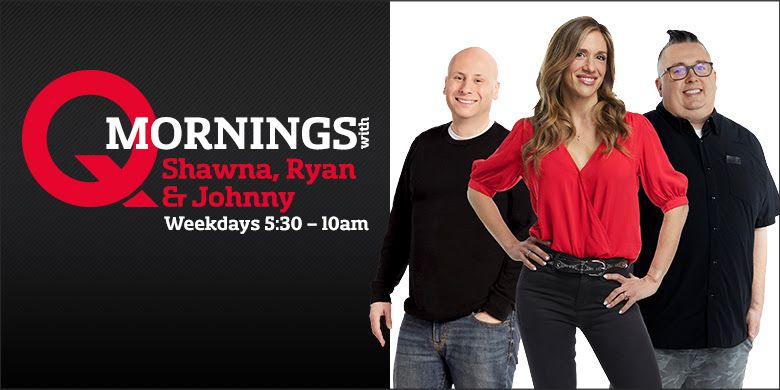 Last week, Thursday to be exact, I wrote about two Toronto Corus radio stations getting new morning shows. I was first to report that Tucker and Maura were moving from Hamilton's Energy 95.3 to 102.1 the Edge and that John Garbutt and Ryan Parker were being reinstated as morning show sidekicks on Q107, this time with FOTM Shawna Whalen. Shawna moved down the hall to Q from CFNY where she had been hosting the morning show with FOTM Chris Z. Chris will now be heard on the air in Barrie on Corus station 101.1 Big FM. Got it?

But wait, there's more. FOTM Scott Fox and Kat Callaghan of 91.5 The Beat in Kitchener will now also be heard on Energy 95.3. They're taking Tucker and Maura's spot, although they'll broadcast from Kitchener instead of Toronto. That's right, Tucker and Maura were broadcasting on Hamilton's 95.3 from Corus Quay in Toronto.

What's interesting about this Corus morning radio shuffle is that nobody was hired nor fired. Corus has a hiring freeze, so three new radio morning shows could be announced, all internal hires/transfers. Of course, broadcasting Scott Fox and Kat Callaghan into another market is a cost-cutting cheat, but I digress.

Corus solves multiple problems with this shuffle, namely the dismissal of John Derringer and the resignation of FOTM Jay Brody. Now to tackle the next issue, getting anyone under the age of 30 to listen to terrestrial radio.

About Toronto Mike
Toronto
I own TMDS and host Toronto MIke'd. Become a Patron.
Previous Post : Mike Schreiner Kicks Out the Jams: Toronto Mike'd Podcast Episode 1193   Next Post : That How Soon Is Now Riff