Pam Seatle No Longer on Citytv 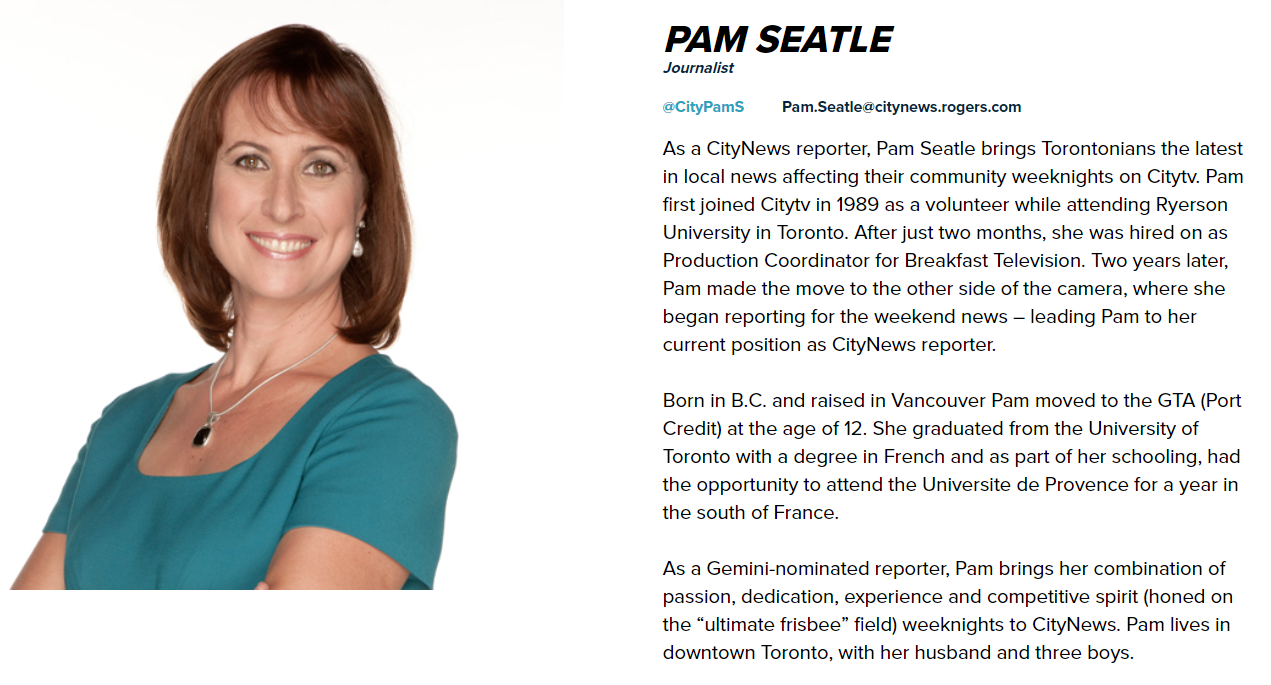 On January 19, 2010, I wrote about mass firings at Citytv. The two biggest names to be let go that day were Anne Mroczkowski and Laura DiBattista, but there were others, including Pam Seatle.

Only Pam Seatle was quickly rehired and continued as a CityNews reporter and anchor on Citytv until today. She's announced she's leaving, but it sounded more like she was being retired.

Here's her CityNews bio that will soon be 404'd.

As a CityNews reporter, Pam Seatle brings Torontonians the latest in local news affecting their community weeknights on Citytv. Pam first joined Citytv in 1989 as a volunteer while attending Ryerson University in Toronto. After just two months, she was hired on as Production Coordinator for Breakfast Television. Two years later, Pam made the move to the other side of the camera, where she began reporting for the weekend news – leading Pam to her current position as CityNews reporter.

Born in B.C. and raised in Vancouver Pam moved to the GTA (Port Credit) at the age of 12. She graduated from the University of Toronto with a degree in French and as part of her schooling, had the opportunity to attend the Universite de Provence for a year in the south of France.

As a Gemini-nominated reporter, Pam brings her combination of passion, dedication, experience and competitive spirit (honed on the “ultimate frisbee” field) weeknights to CityNews. Pam lives in downtown Toronto, with her husband and three boys.

That's over three decades at Citytv, no small feat in this day and age. That leaves Cynthia Mulligan as the sole remaining reporter from the Moses era.

About Toronto Mike
Toronto
I own TMDS and host Toronto MIke'd. Become a Patron.
Previous Post : Welcome Back: How to Unite Your Organization After Quarantine   Next Post : Tips for Pest Control in Toronto