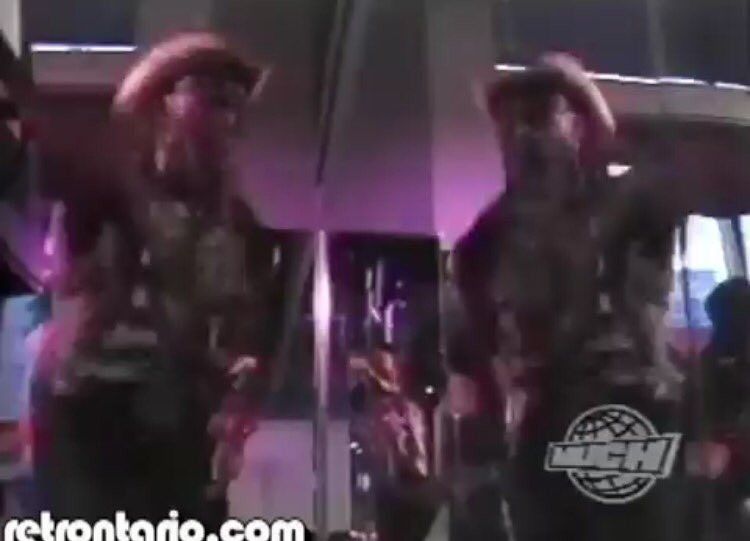 A couple of days ago, CBC Toronto news anchor Dwight Drummond dropped by for a chat. Dwight started at City TV and worked on Electric Circus as a security guard. He mentioned the cowboy hat wearing dancer.

Immediately, I remembered a story Maestro Fresh-Wes told me about this cowboy hat wearing dancer on Electric Circus back in the day. Maestro referred to him as "Soul Train meets Dukes of Hazzard". This guy was so notable a commenter referenced him in this comment left here back in 2011.

I'm more curious as to where the cowboy hat wearing guy that used to "dance" on Electric Circus every week is now. He could really hold that cheap cowboy hat and bust-a-move!

Dwight shared a bizarre legend he'd heard that this cowboy hat wearing Electric Circus dancer was Toronto Blue Jays outfielder Dalton Pompey's father. That sounded too good to be true, but I was curious. So I asked Dalton.

Confirmed! The legend is true! Dalton Pompey's father, Ken Pompey, was a regular dancer on Electric Circus back in the day! Ken Pompey was the Cowboy!

You can see more of Cowboy Ken Pompey dancing on Electric Circus in this Retrontario clip.

Deborah Cox is listed as a writer and, according to Dalton Pompey's mother, did the backup vocals. Here's the cover of the album and vinyl:

Thank you to Brian McKechnie for getting me the MP3 and Steve Magyari for ripping it from his personal CD collection. Awesome!

Tristan Pompey has shared the music video for Summertime Summertime to his YouTube account. Here it is.

Update: I spoke with Ken Pompey himself and asked him my many questions!