In Defense of The Wave 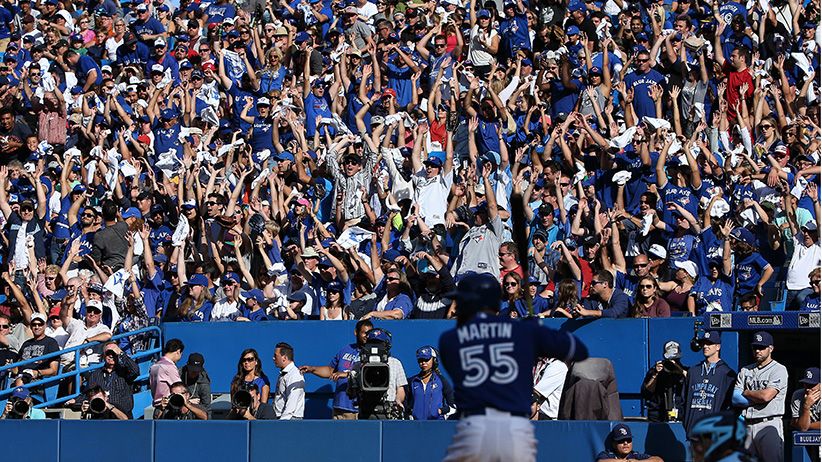 Do you remember attending Jays games as a kid? I do. I've loved that team since I was 8 years old.

Seeing games at the old Exhibition Stadium was great fun, and part of that fun was the wave. If you've ever been to a baseball game, you likely know what the wave is. I still remember how amazing it looked when I was a part of my first wave, and that was at a stadium built for football, so it had an enormous gap beyond the right field. Still, it looked magical, and felt great to be a part of it all.

At the dome, which became our home in June 1989, the wave looked even better, because it was a giant circle without that gap. By this time, I was a teenager, but I still enjoyed the wave.

Eventually, I'd have my own kids, and I'd take them to the dome to enjoy Blue Jays baseball. As was the case with me, kids love the wave. Do you know what kids love the wave? Because it's great fun! It's fun to watch, it's fun to stand up when the wave hit your section, it's fun, fun, fun!

Over the past decade, particularly on Twitter, Blue Jays fans will speak out against the wave. Ban the wave, they'd say. True baseball fans would never participate in the wave! Just last week I saw my Hebsy on Sports co-host lambasting some fans for trying to start the wave at the wrong time. They're clearly not baseball fans!

The wave is a thing again because it's fun. Full stop. That's why. That's the only reason.

And so-called baseball purists who look down upon these wavers are merely variants of the fun police akin to John Lithgow banning dancing in Footloose.

About Toronto Mike
Toronto
I own TMDS and host Toronto MIke'd. Become a Patron.
Previous Post : 12 VPN Uses You May Not Know About   Next Post : Mattea Roach Jeopardy Juggernaut