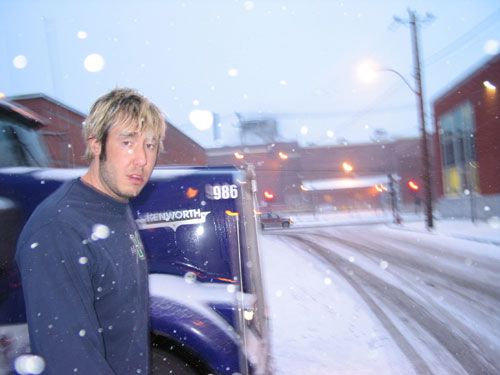 I've just received some terrible news. My friend Duane Lavold, better known as Custom, has passed away at the young age of 54. He died on December 18, 2021 from cardiac arrest.

Custom is a fellow Canadian who had an alt-rock radio hit in 2002 with the song Hey Mister from his excellent debut album Fast. I was such a big fan of Fast I ended up becoming friends with Duane and developed and maintained his official website for a period of time. I even host the video for Hey Mister on my personal YouTube account. At the time of this writing, it has 1,121,436 views.

For several years Duane, who hailed from Calgary but lived in Manhattan, would email me songs he was working on so I could critique them. Over the years I've amassed dozens of great unreleased jams by a man I admired both as an artist and friend. I shared more about my relationship with Custom in episode 26 of Toronto Mike'd.

Here are some links from the TorontoMike.com archive Custom fans will be interested in revisiting:

Duane's nickname Custom derives from the fact that the bilingual Customs sign in the airport reads "Customs/Douane".

My sincere condolences to Duane's friends and family. I'm going to miss my pal Custom.