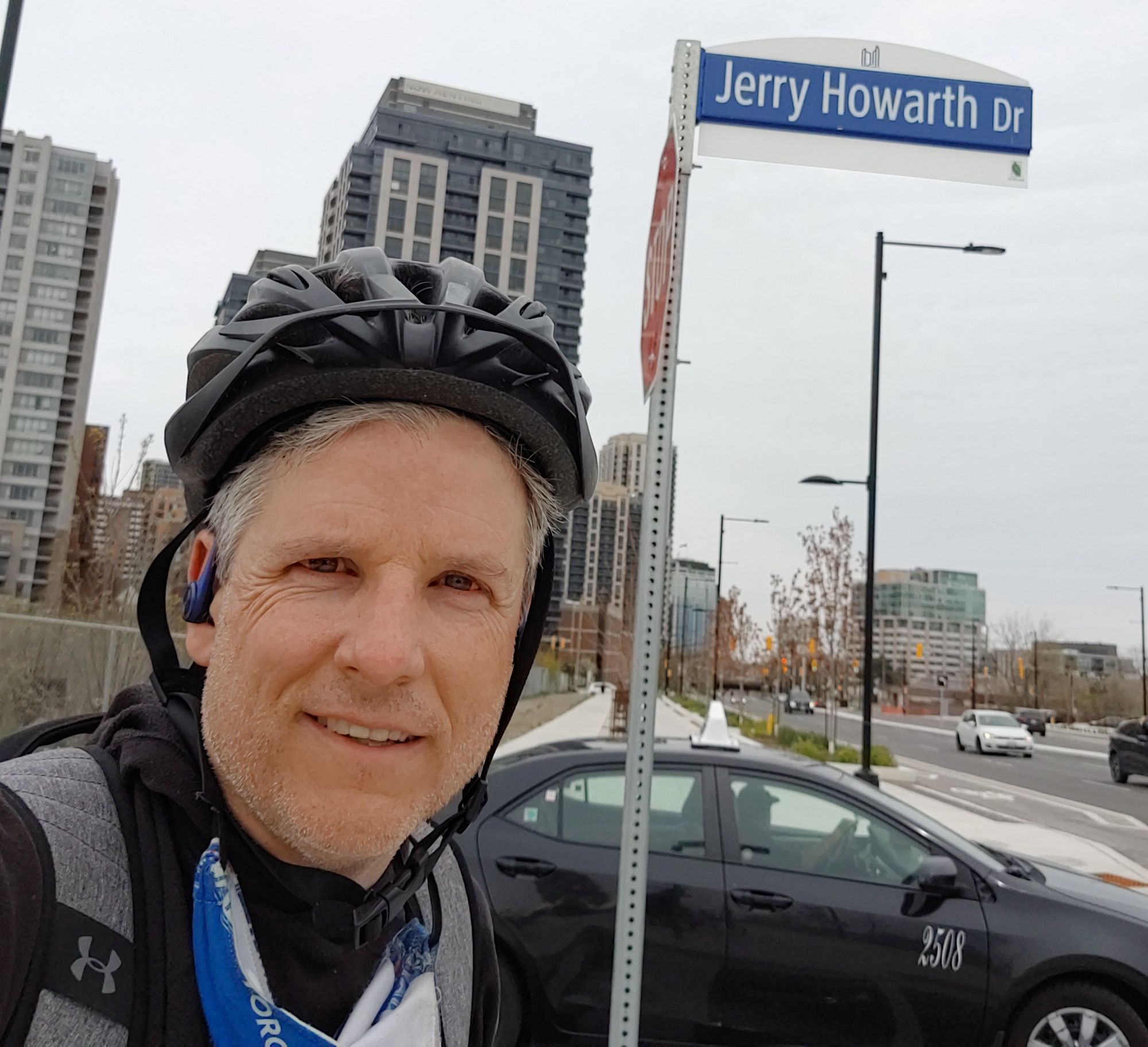 Jerry Howarth was the radio play-by-play voice of the Toronto Blue Jays from 1981 through the 2017 season, and the voice of my summers as a youth alongside Tom Cheek.

I was lucky enough to be visited by Jerry a couple of years ago and he patiently answered every one of my questions. You can hear that episode of Toronto Mike'd here.

When they redid that spaghetti mess by Six Points in Etobicoke, they ended up with a couple of extra streets near Dundas and Kipling. One of those little roads is now known as Jerry Howarth Drive. A very cool honour for a proud Etobicokan.