The Christmas Tree at Lake Shore and Fifth Street 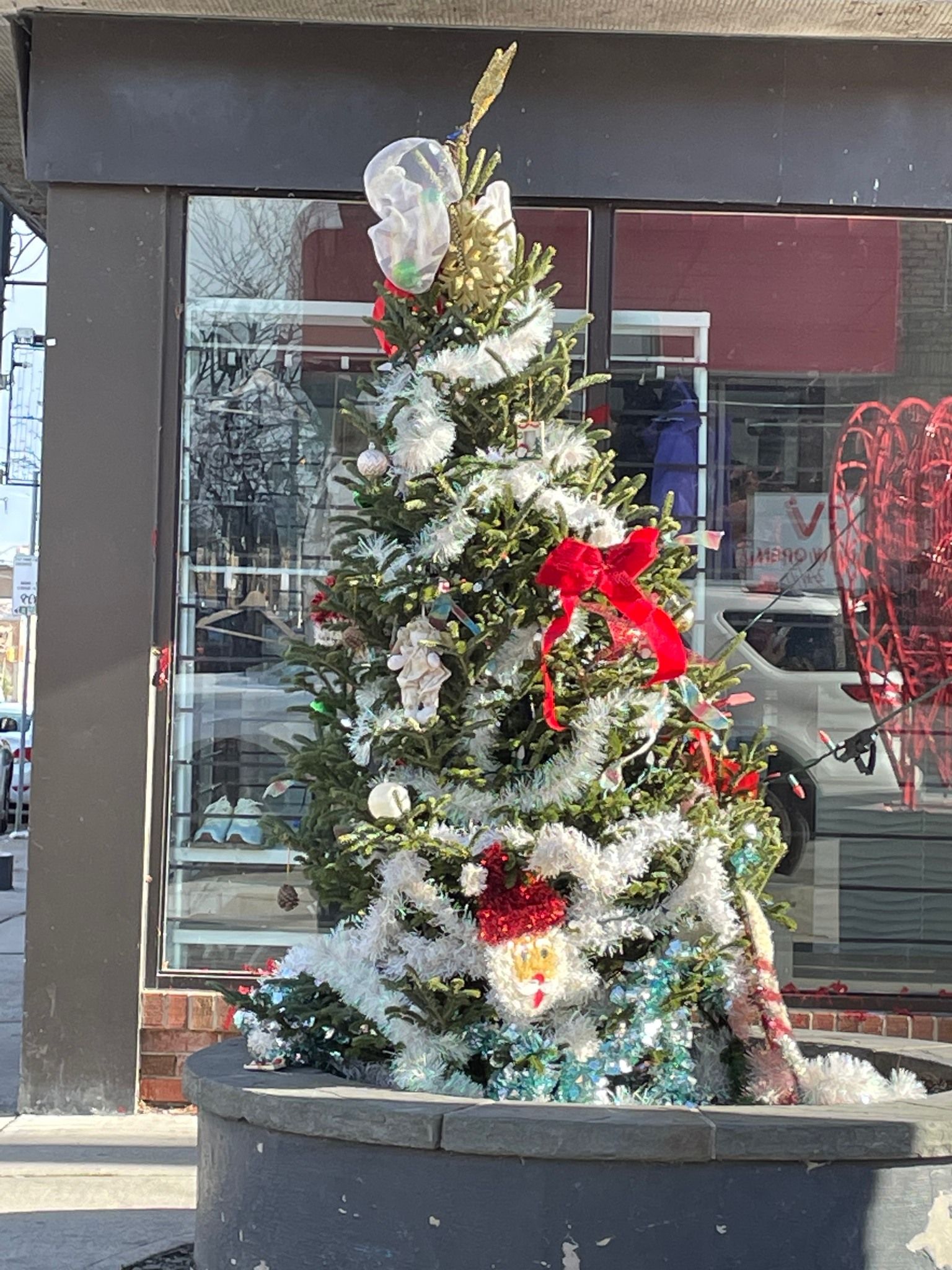 I live in a land with many names. It's the city of Toronto, the old borough of Etobicoke, and the neighbourhood known as New Toronto. The local BIA prefers the term "Lakeshore Village". Don't get me started on "Lake Shore" vs. "Lakeshore", that's a subject for another post. This post is about the Christmas tree at Lake Shore and Fifth Street.

Although the only social media site I enjoy is Twitter, I do have accounts for LinkedIn, Instagram and Facebook. Yesterday, after a day of joy at #TMLX11 and a night of great music at the Lee's Palace Lowest of the Low show, I biked home on the chilly December night and took a peek at Facebook before hitting the hay. I'm a member of a New Toronto group and a woman had posted about one of many trees currently decorated along Lake Shore. Here's her post after an edit.

I stared at the picture of the tree for a while, trying to see what I had missed. What was wrong with the tree that caused a resident to write about it in such a public forum? It looks like a Christmas tree decorated by human beings. After reviewing the many comments and her replies, I think this is her issue with the tree.

At Sherway Gardens, a very upscale mall for the wealthy to shop until they drop, trees are prefabricated and overly designed to be fashionable and to reflect the elitist image of a mall housing Saks Fifth Avenue and Nordstrom. If that's what you want at Fifth and Lake Shore, you'll be disappointed with a tree that looks like actual people affixed the ornaments with their own hands. This tree in New Toronto looks nothing like the trees you'd find in Sherway Gardens.

About Toronto Mike
Toronto
I own TMDS and host Toronto MIke'd. Become a Patron.
Previous Post : JetX Canada by SmartSoft Gaming at Parimatch online casino   Next Post : Why Are Online Casinos So Popular in Canada?