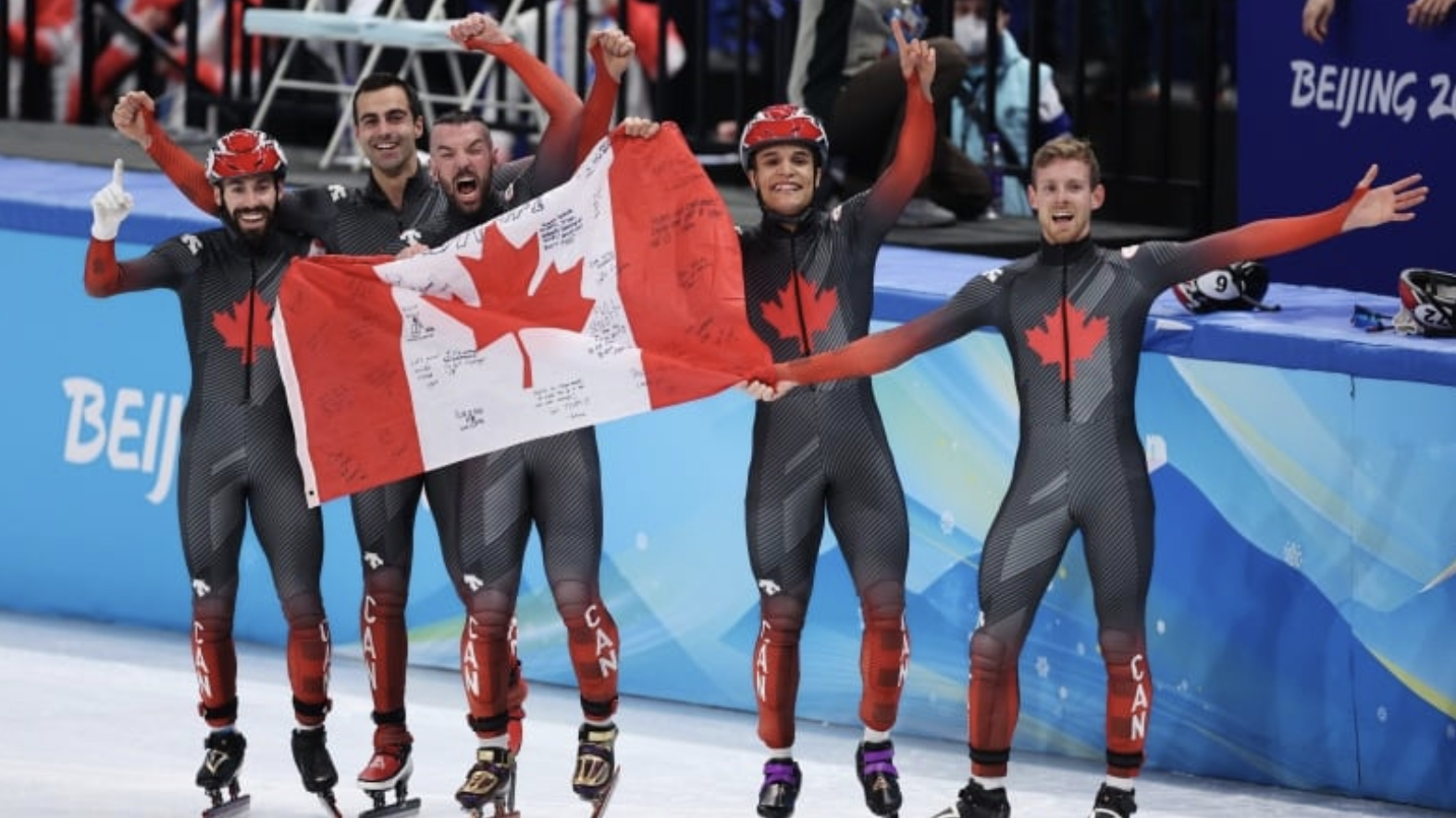 Canada has earned its 18th medal of the Beijing 2022 Olympic Games.

Charles Hamelin, Steven Dubois, Jordan Pierre-Gilles, and Pascal Dion have won gold in the men's 5,000-metre speed skating relay event. It's the 6th Olympic medal of Hamelin's career, tying him with Cindy Klassen for the most Winter Olympic medals by a Canadian.