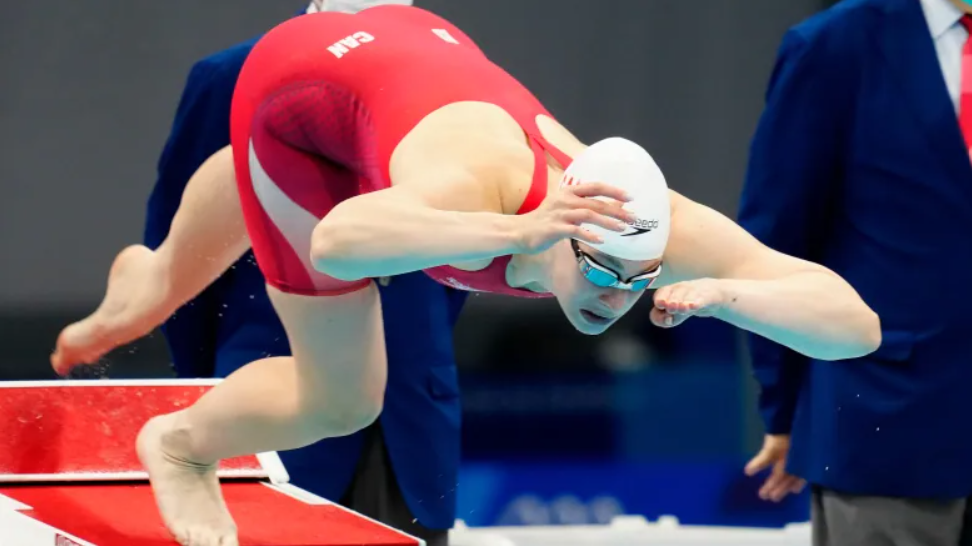 Canada has earned its 9th medal of the Tokyo 2020 Olympic Games.

Penny Oleksiak won bronze in the women's 200m freestyle swimming event. It's her sixth medal moving her into into a tie with Cindy Klassen (speed skating) and Clara Hughes (speed skating and cycling) for the most medals by a Canadian in either the Summer or Winter Olympics (or, in Hughes's case, both).