Toronto Has Officially Been Named the Tech Hub of Canada 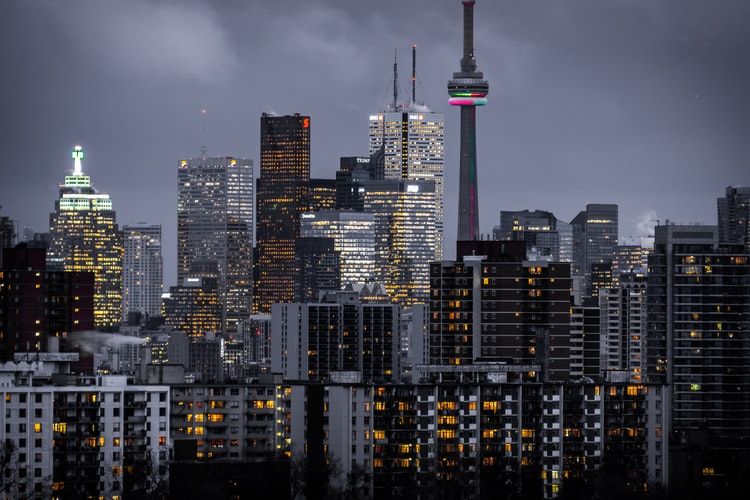 This summer, it was reported that Toronto finally surpassed San Francisco as a center for technological innovation and development. This is, of course, a momentous achievement for the city. San Francisco represents a longstanding hive of technological development, thanks to a few notable residents among the likes of Google, Salesforce and Adobe – to name just a few.

Of course, changes this significant don’t just happen overnight. They are the result of years of the continued work, creativity and innovation which pours into the Canadian tech sector each and every day – both from the developers, and from the consumers themselves.

Read more about Toronto as a tech hub below.

There seems to be no area of the digital realm that has not yet captured the imagination and attention of Canadian internet users. Their ability to embrace change, and to evolve rapidly alongside the internet itself, has been demonstrated time and time again since the final years of the twentieth century.

Now, in 2020, the online landscape is thriving in Canada, and companies operating within it are working harder than ever to enhance, diversify and hone the experiences they are able to offer to an ever more discerning userbase.

Here are just a few examples.

In 2019, Facebook boasted 23 million Canadian users – around 60% of its population. Other social media sites garner similar userbases, and the vast majority are logged-into each day – demonstrating quite how in-tune with the digital world Canadians are.

Since 2004, the Canadian online gambling industry has been blossoming to meet with the demand of its growing userbase; billions of dollars are spent each year, and developers are constantly working to ensure that the types and features of free spins casino.com are always creative and original enough to capture the attention of experienced players.

Just this year, e-commerce was predicted to be headed for revenues surpassing $33 billion by 2024.

The internet has been in existence among the mainstream for little more than twenty years, and in that time it has given rise to remarkable new avenues for income, as well as a thriving entertainment scene and creative haven for new businesses.

A Center for Technological Innovation

One of the greatest boons to Canada’s tech sector comes in the form of diversifying and expanding its workforces. Toronto has long been a melting pot of ideas and cultures, and welcoming more migrant workforces into the tech sector has enabled ideas from the wider cultural milieu to come together and ensure strong development all round.

Furthermore, Toronto is a popular destination all-round. The incentives for workers to move to Toronto for business are high, and ensure that the city is never lacking when it comes to sourcing and head hunting the best talent for new and growing tech companies.

A number of giants such as Google and Microsoft have worked hard to augment their physical presence in the city over recent years, and make the most of the booming workforce available to them there. Similarly, a number of household names such as Ecobee and Wattpad have been steadily growing their workforces within the city, garnering it greater attention from others who decide to follow suit.

The result is a thriving industry that ensures Toronto remains on the radar for tech havens around the world – and, with 5G coverage spreading rapidly across the country, we can be sure of accelerated growth over the next few years. Surpassing San Francisco is proof of quite how charged the Canadian tech industry is, and demonstrates quite how prepared the city of Toronto is for the continually growing significance of the world of tech.