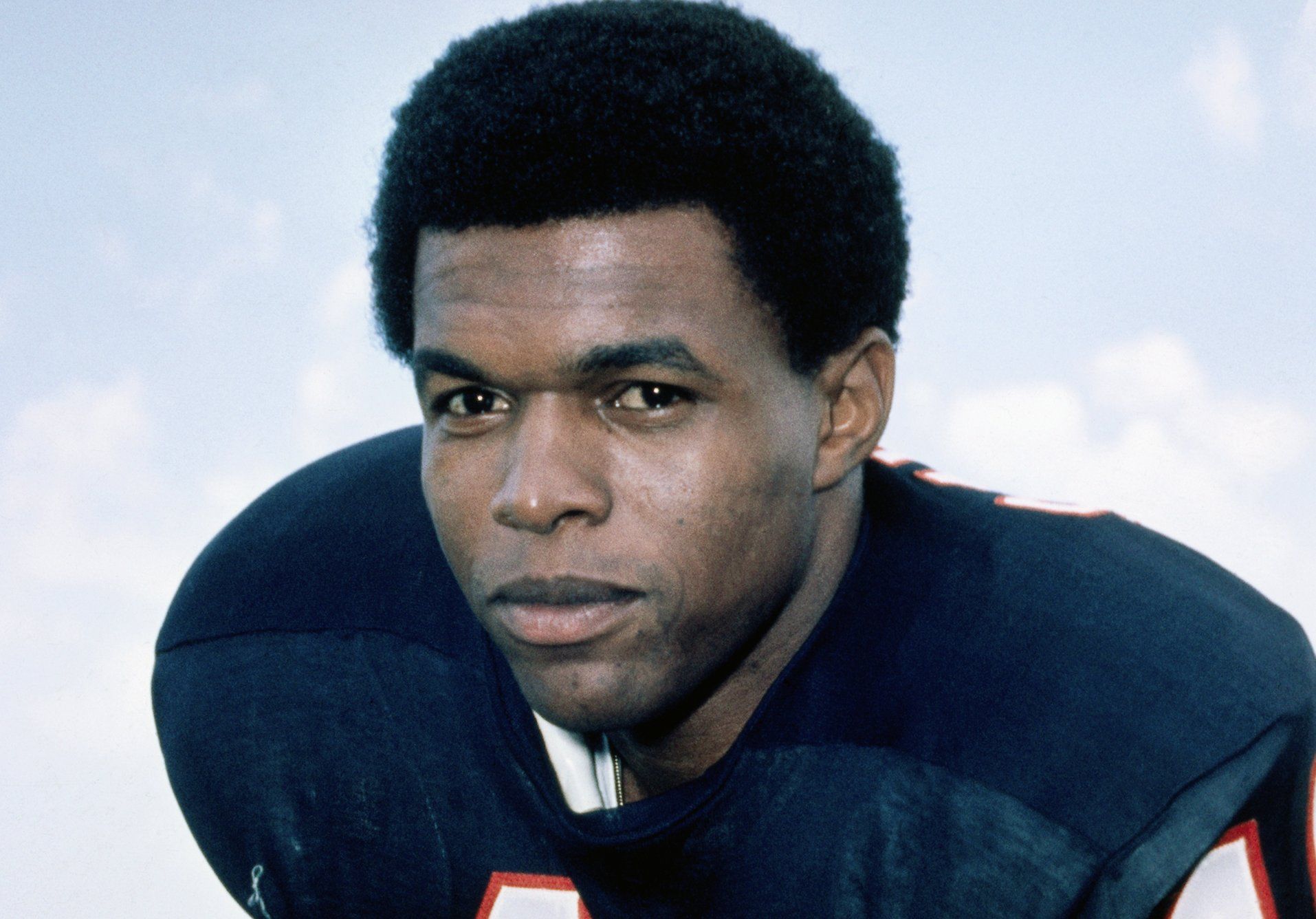 Nicknamed the "Kansas Comet", Gale Sayers tallied 4,956 yards and 39 TDs on 991 totes, averaging 5.0 yards per carry with the Chicago Bears. He was named a first-team All-Pro each of his first five seasons, and a four-time Pro Bowler. Sayers was named the NFL Rookie of the Year in 1965 and won the NFL Comeback Player of the Year in 1969 after suffering a right knee injury the previous season.