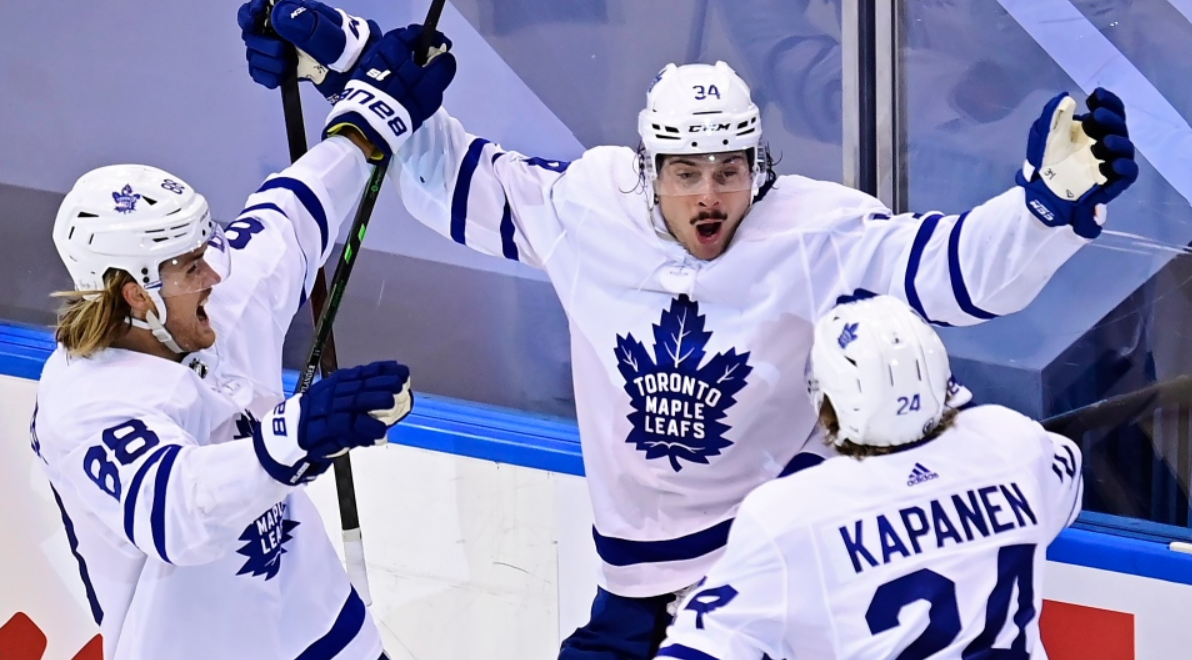 On Thursday night, I missed the Leafs coughing up their 3-0 lead against Columbus because I was recording this week's Pandemic Friday episode of Toronto Mike'd. I watched overtime though, Another chapter in the Ongoing History of Maple Leafs Collapses.

Last night, with the Leafs down 3-0 in a must-win game and only four minutes remaining in the third period, I blitzed through the stages of grief in record time. I was angry, totally bummed then accepting of our fate, all in a brief 30-second period. But with the Raptors getting hammered by the Celtics, I kept the game on.

That's when William Nylander scored with the goalie pulled, and I started doing math. If we could get one more... there was a chance. Then we got one more on a great shot by John Tavares, and with fewer than 30 seconds on the clock, Zach Hyman tied it up. In a pretty damn exciting overtime period, the big guns came through when Auston Matthews scored a beauty assisted by Tavares and Mitch Marner. Wow.

It's a little surreal when you bury a team in my mind, start thinking about what needs to change for next season, then discover a pulse. I've watched hundreds of Maple Leaf playoffs games, in fact, this isn't the first best-of-five I've watched, but I can't remember a comeback like this in a must-win game. I know definitively it's the first time in NHL playoff history a team has given up a 3-goal lead and then done the reverse in the very next game.

Although I hadn't seen the Leafs do this before, it instantly reminded me of the 2004 Boston Red Sox. Like my Leafs, the Red Sox had a pretty epic history of playoff collapses and a long championship drought. In the 2004 ALCS, the Red Sox trailed the New York Yankees three games to none and in the ninth inning of game 3, trailed the Yankees with the best closer in the game on the mound.

The Red Sox won that game, and then became the first MLB team to win a series after being down 3 games to none, and then they swept the World Series to end their extensive drought.