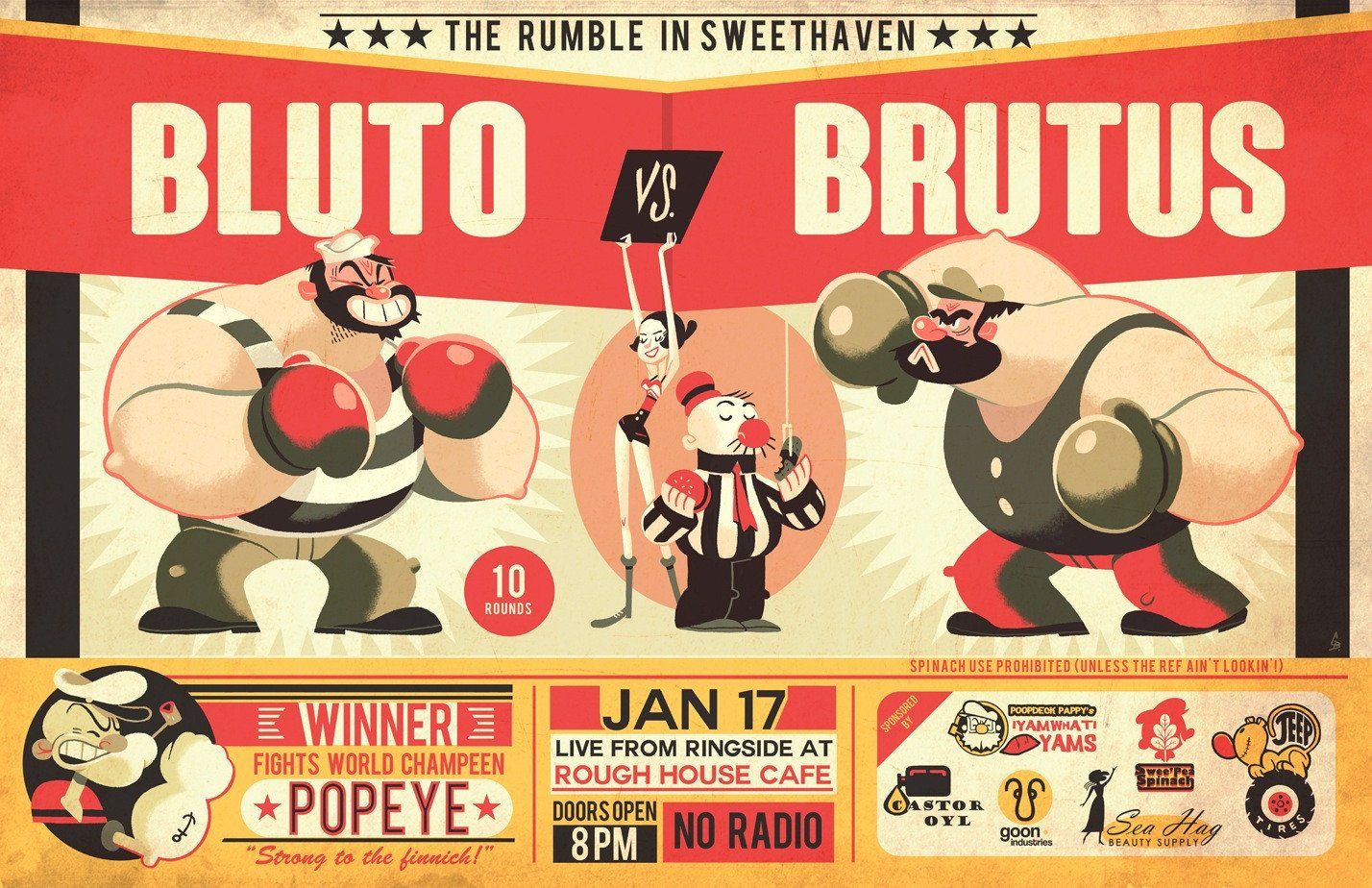 After the theatrical Popeye cartoon series ceased production in 1957, Bluto's name was changed to Brutus because it was incorrectly believed that Paramount Pictures, distributors of the Fleischer Studios (later Famous Studios) cartoons, owned the rights to the name "Bluto". King Features actually owned the name, as Bluto had been originally created for the comic strip. Due to a lack of thorough research, they failed to realize this and reinvented him as Brutus to avoid supposed copyright problems.

Bluto became Brutus because Fleischer Studios erroneously believed Paramount Pictures owned the rights to the name "Bluto". And they didn't just change the name, but they changed the character from muscular to obese. Brutus stuck around from 1957 until 1978 when Bluto made his return for the CBS series The All New Popeye Hour.

Brutus sucked, and the change wasn't even necessary. #TeamBluto

About Toronto Mike
Toronto
I own TMDS and host Toronto MIke'd. Become a Patron.
Previous Post : Raptors down but not out in NBA playoff battle with Boston   Next Post : Esports in Canada