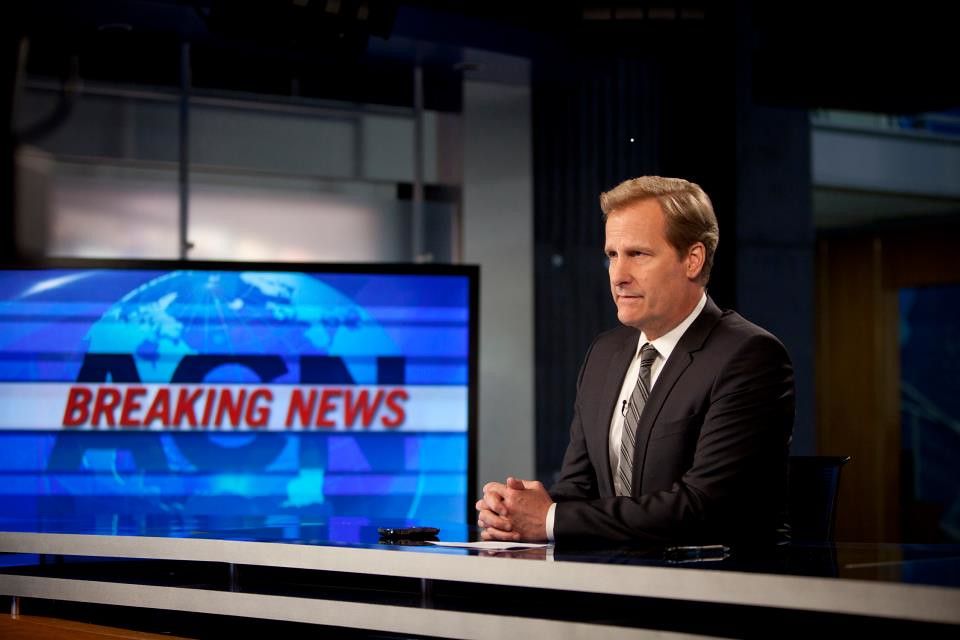 When it comes to scripted television, I watch very little. I caught The Simpsons Christmas episode on Sunday, but mainly to recapture some of the joy I experienced watching that show in the early 90s. I'll watch the odd episode of Seinfeld or Modern Family in syndication if I'm feeding the baby, but otherwise I'm really just waiting for the final episodes of Mad Men to air.

Other than the great opening scene in the pilot and a couple of fantastic scenes in the penultimate episode that aired last weekend, it's scene after scene of cheesy convenience, cringe-worthy moments and holier than thou attitude from the sanctimonious ACN crew. One storyline this final season actually concluded with the HR Manager revealing it was all just a joke. I found that fitting, because this entire series is a joke.

When I watch The Newsroom with my wife, I literally yell at the screen. I yell at the web guy when his top notch digital research consists of searching Twitter, I yell at Jim for being so pathetic and condescending and then I yell at everyone for loving Jim so much. But I do watch.

I can't wait to see how Sorkin ends this.

About Toronto Mike
Toronto
I own TMDS and host Toronto MIke'd. Become a Patron.
Previous Post : I'm a Bit Behind on my Movie Watching   Next Post : Toronto Mike'd Podcast Episode 100: Humble & Fred