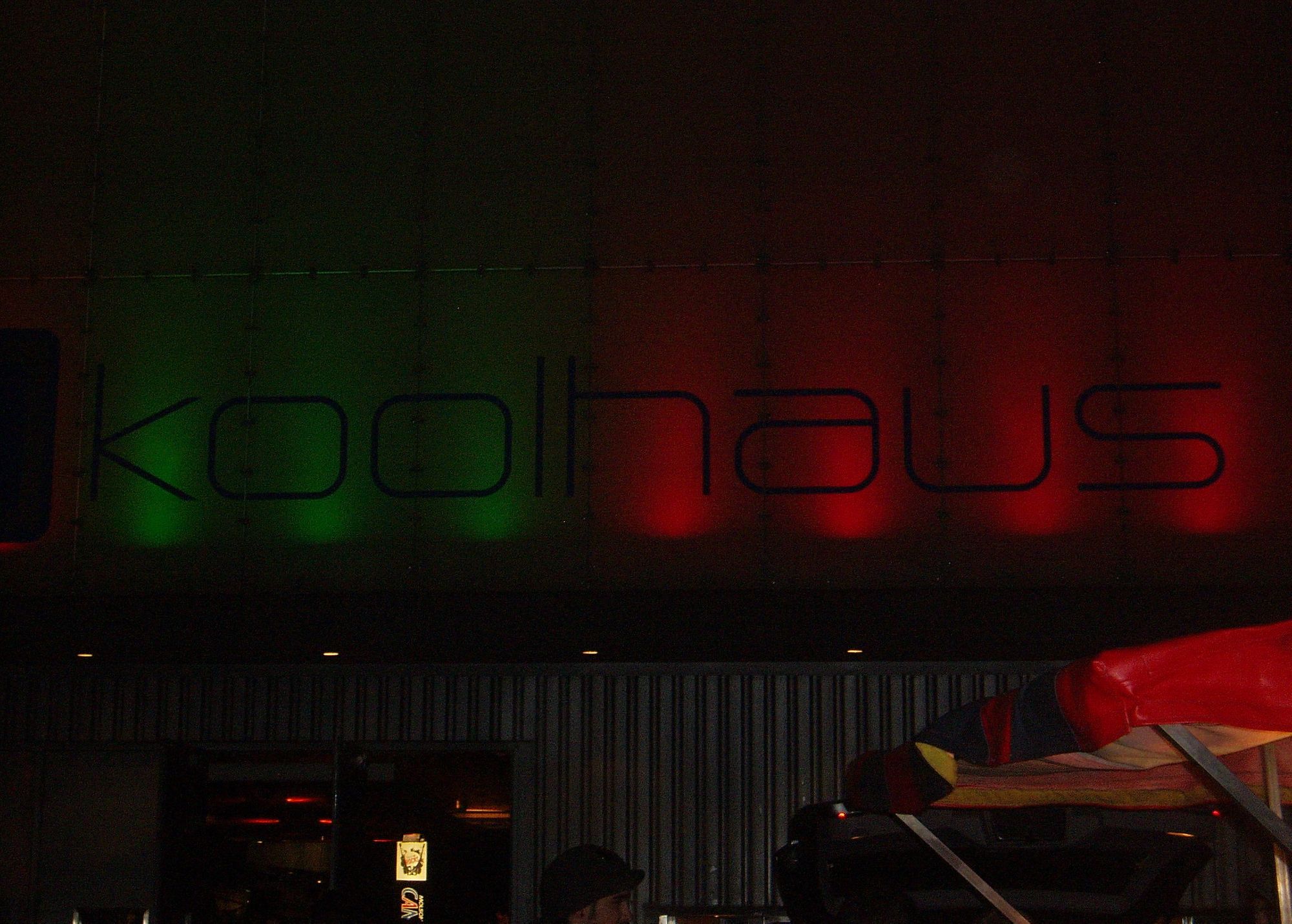 The Kool Haus provided an intimate setting where I could get super close to the acts without fearing for my life.  This is a good thing as I'm no longer the young man I once was.  In fact, it's fair to say on this night I was one of the few people over the age of 30.

The set-up was great, with two stages going so there was minimal wait.  It was one band after another with a few awards handed out and some video montages from the Edge personalities, most of whom hit the stage at one point or another.  And yes, there was an appearance by Strombo.

I saw seven bands, and here's a bit about each performance.

Die Mannequin got to play their big radio hit and then their next radio hit and they did so while mired by technical problems.  As the ballsy lead singer chick said, "help us out here, we're string-less".  I know it was only two songs, but it was a fun two songs.

I really like these guys.  I'm a sucker for the wheels of steel in rock, or the 1's and 2's as I've been told the kids now call them.  They cleaned up tonight, winning a couple of awards, one presented by Martin Streek and Strombo.

I dig these guys, too.  They actually played three songs, including their smash hit from last year.  I grabbed a little video of that.

This guy reminds me way too much of George Michael.  I don't know if it's the beard or the hair or the earrings or the voice or all of the above.  Without their guest vocalists, this ensemble does nothing for me.

I was hard on these guys when they first hit a couple of years ago, but I'm starting to think I had them all wrong.  I mean, what's not to like?  They played three big radio hits and had me singing along.  Here's a little BS for ya.

Yes, I spin the two City and Colour albums constantly.  Yes, they are rather melancholy and slow, but I think they're sweet.  Here's Dallas Green singing my favourite song from 2008, sans Gord.

Sloan are now grandfathers of new Canadian rock.  They actually got to perform four songs, and closed with Money city Maniacs, a true Cancon classic.  Unfortunately, the battery died on my digicam.

It was a great night of music.