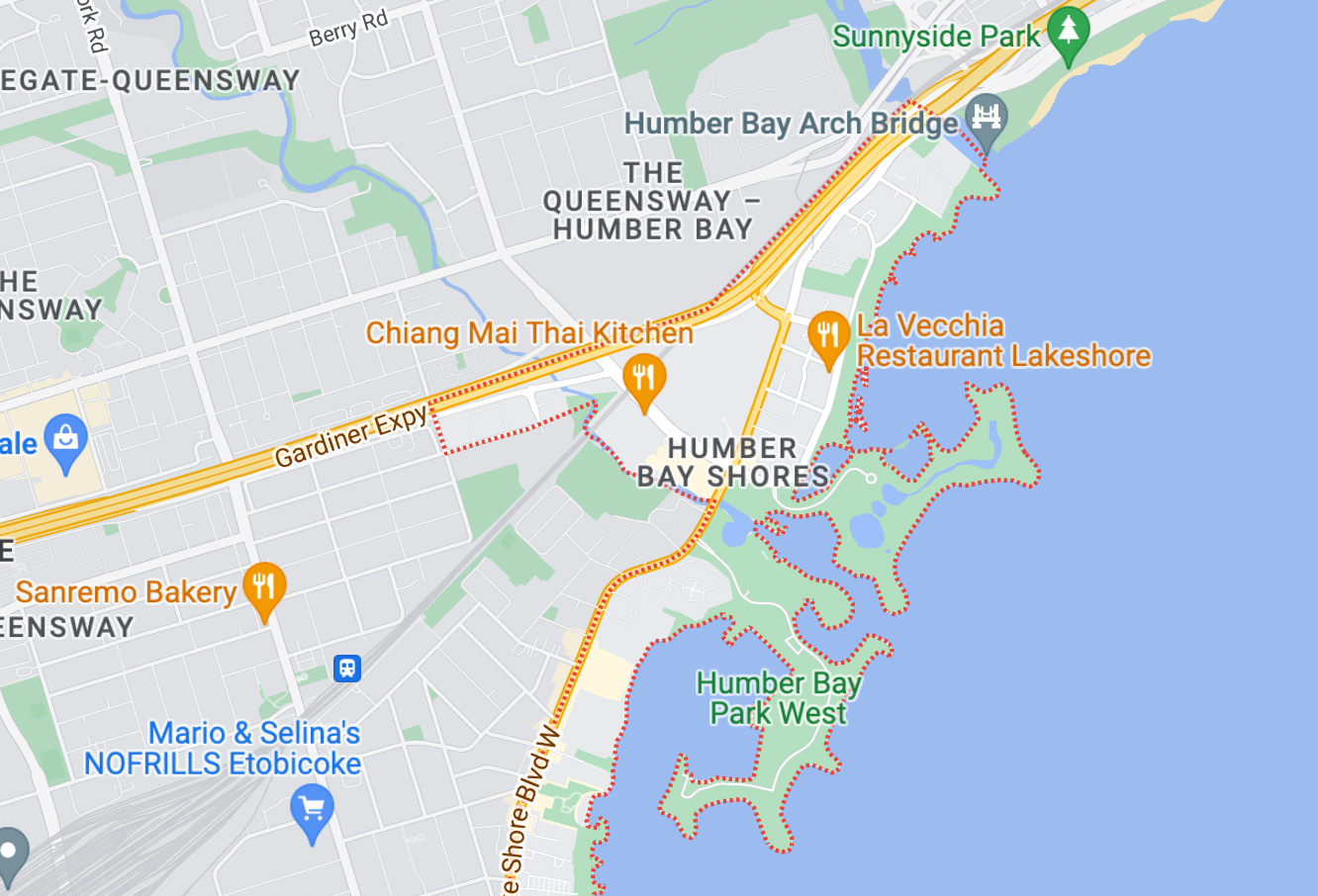 I live in Lakeshore Village. "Lakeshore Village" is a fancy real estate handle for the trifecta of Toronto neighbourhoods along Lake Ontario in Etobicoke. From west to east you have Long Branch, New Toronto and Mimico.

But wait, there's more! To the east of Mimico, on the west side of the Humber River, south of the Gardiner Expressway, there's a small but rapidly developing neighbourhood known as Humber Bay Shores. When you cross the Humber Bay Arch Bridge into Etobicoke, you're in Humber Bay Shores. This neighbourhood, which has its own skyline with the condo development that's blossomed over the past decade, extends from the Humber River to Mimico Creek. West of there is Mimico.