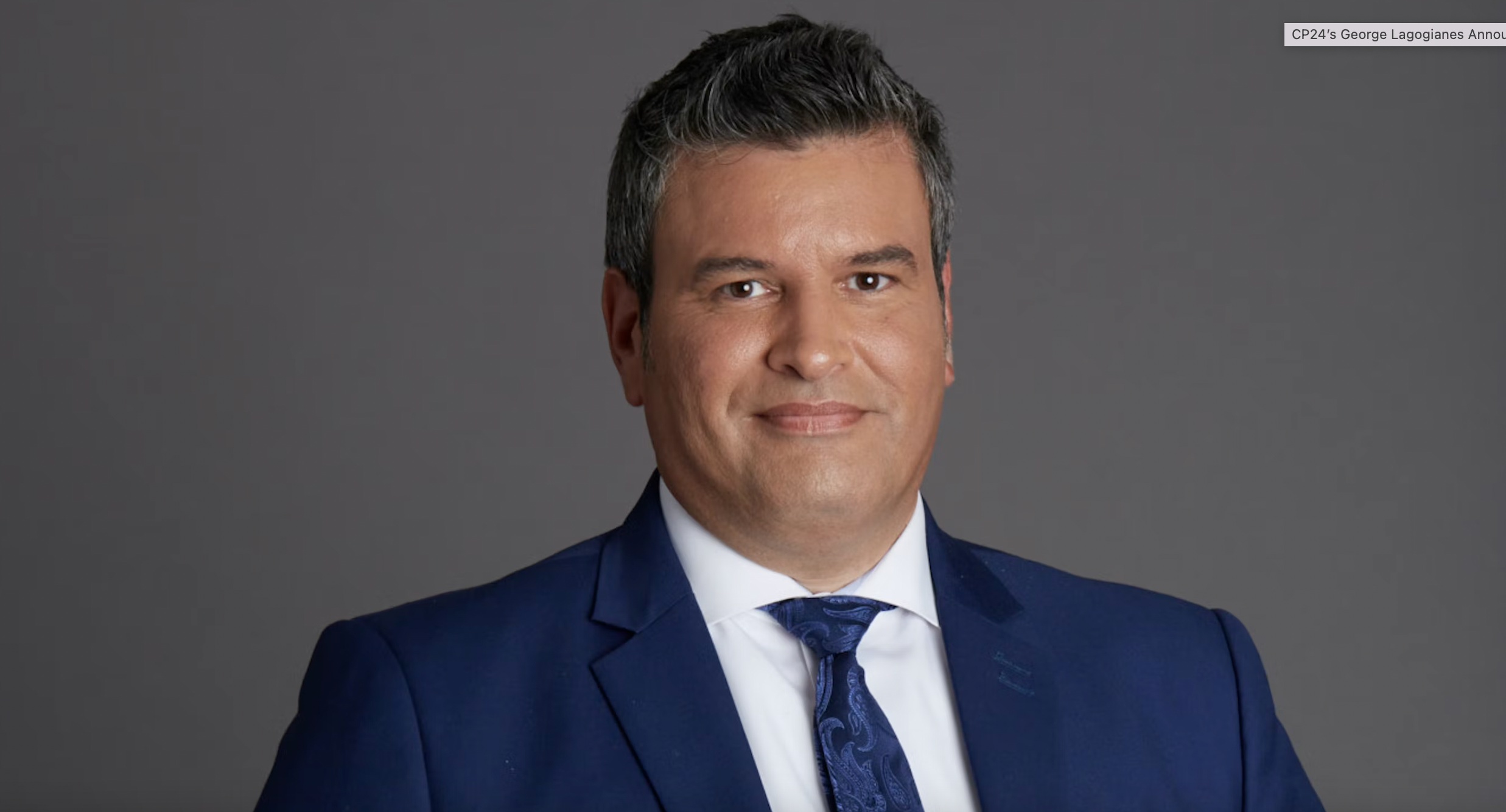 I'll probably remember George Lagogianes best for his years co-hosting Electric Circus with Monika Deol. He's spent the past 15 years at CP24, having co-hosted CP24 Breakfast for the past eight.

After almost 36 years and six networks – the last and best 15 here at CP24 – it’s time to drop the mic! I’ve been blessed to travel the world and spend time with thousands of brilliant and influential artists, leaders, icons, and just regular but equally remarkable people from all walks of life as a music, arts and news reporter, videographer, anchor and host on television. But the most rewarding and meaningful have been serving the CP24 audience. Informing and guiding our viewers through so many challenging events, especially the pandemic, was the singular honour of my professional life. I’ll miss the people in here and the public out there. But it’s time to hand in my playbook.