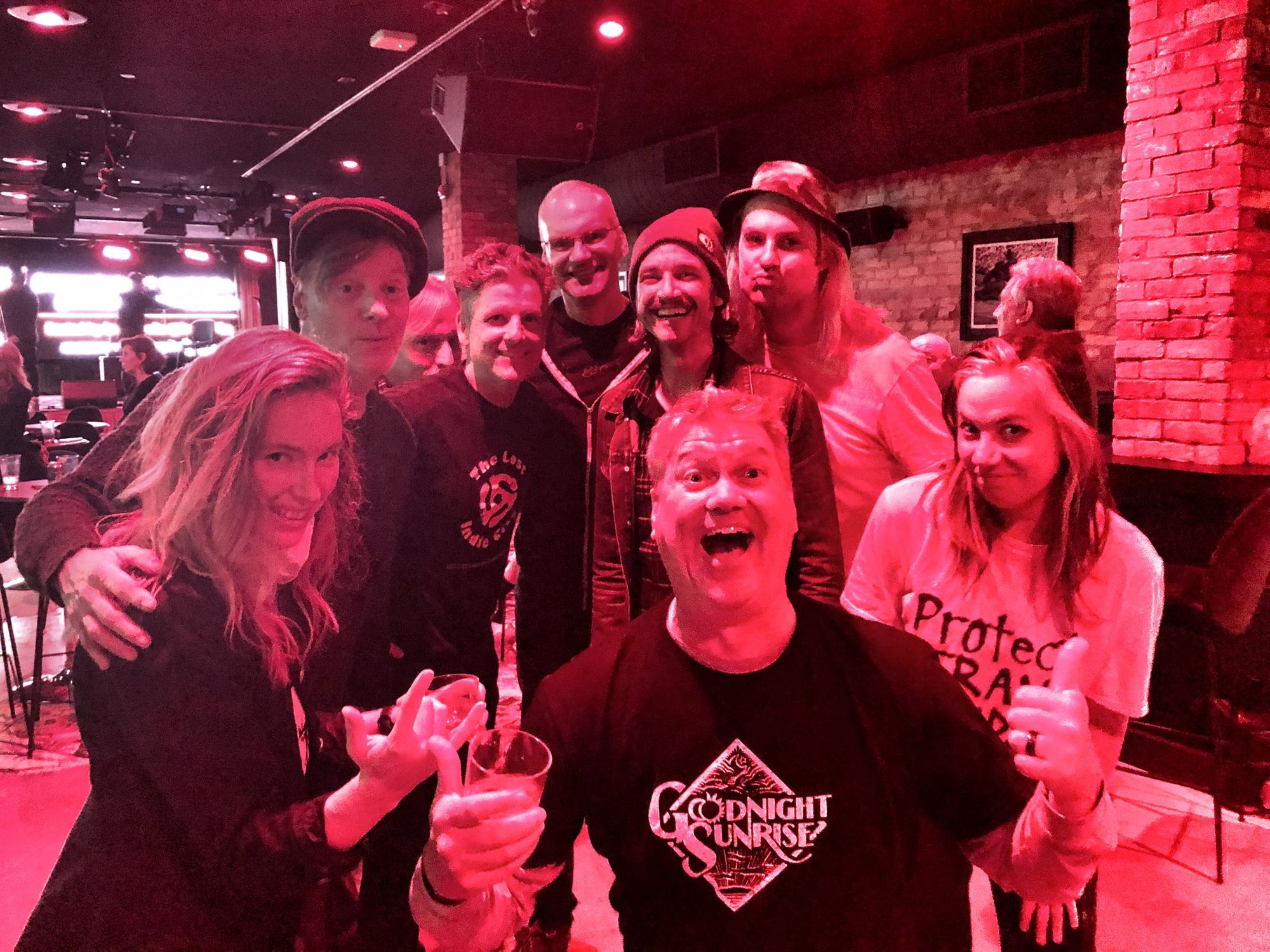 The house league hockey gods are angered, and suddenly there are 7:30am weekend puck drops in my life. I'm not a big fan of waking up earlier on a weekend than I do on a weekday, but that's life. Yesterday my youngest son played a 7:30am game so by the time I was watching the Phillies ~ Padres game I was feeling a little sleepy.

That's when I got the call from FOTM Roddy Colmer. Ron Hawkins was playing the El Mocambo and he would slip me in for an intimate performance. How could I say no?

So I biked over to College and Spadina on an unseasonably warm night in Toronto and settled in to watch Ron Hawkins. But first, I caught a performance by Cassie Dasilva that was fantastic and a set by Altered By Mom (Gina Kennedy and Devon Lougheed) that blew me away.

Here's a little Altered By Mom.

Ron was amazing as usual. I managed to find a spot in front and heard a new Lowest of the Low song that I was kindly asked to not record so it could be a surprise for Low fans when the new material comes out next year.

The venue sounded great, even if it was a little too clean for my liking. Where were the sticky floors? In addition to chatting up FOTMs Rod Colmer and Ron Hawkins, it was great seeing FOTMs Sarah Burke, who hosted that evening, and Tim Thompson, Skye Wallace and Lawrence Nichols.