U of T Ghost Story: Diabolos and Reznikoff 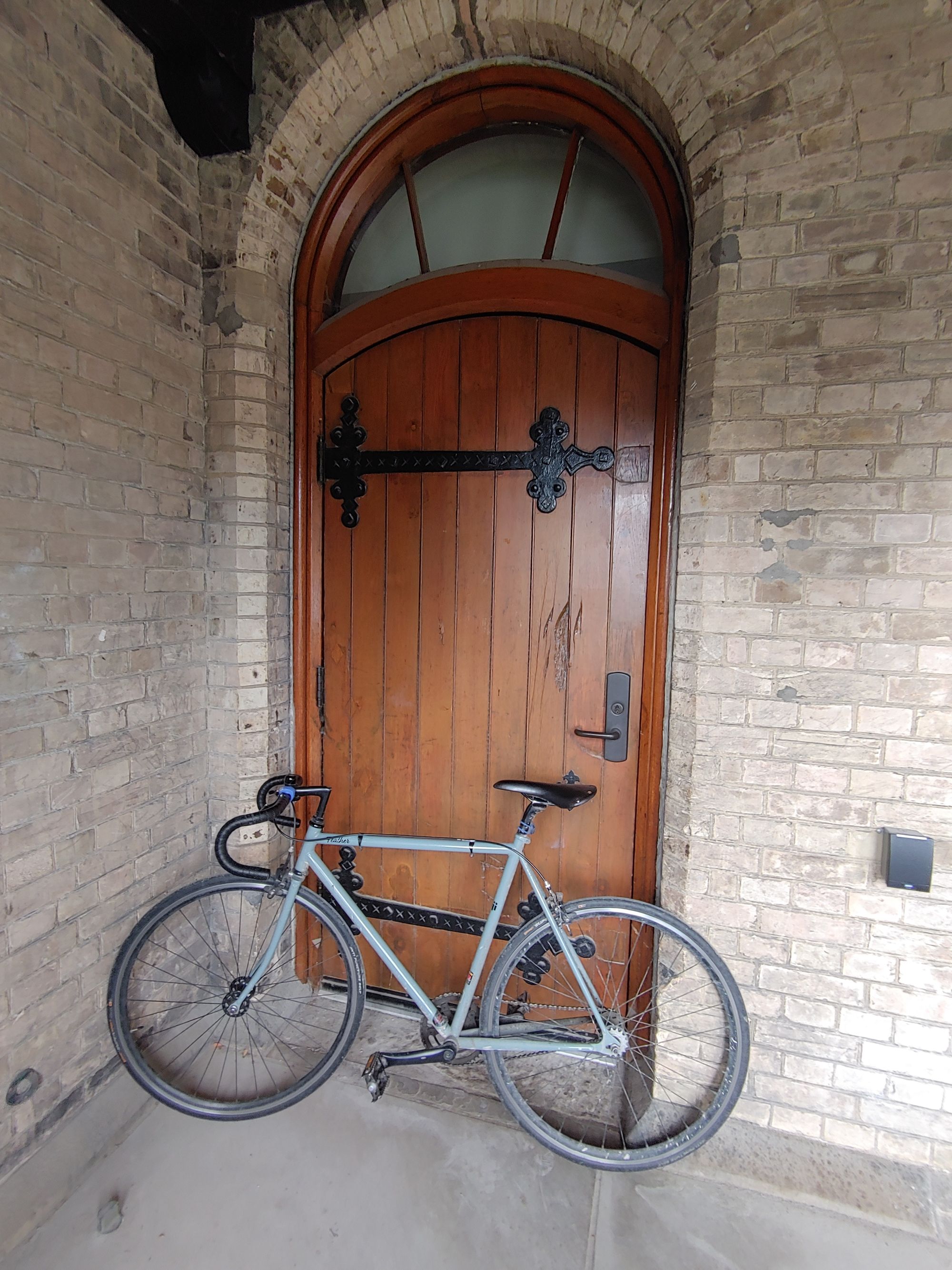 The University of Toronto is my alma mater, so I spent a lot of time roaming the vast downtown campus in the 1990s. At this time of year, I like to revisit the legend of Diabolos and Reznikoff, a story I first shared 15 years ago.

According to accounts, the ghost, "a heavy, thickset figure, with black curly hair and a beard," typically appears on the road in front of UC's main entrance or near the Roundhouse on the western side of the building. His appearances are said to indicate approaching disaster, such as a Fenian raid in 1866, and the death of two faculty members in 1892. The so-called phantom was often "seen" flitting about around Valentine's Day and Halloween.

Ivan Reznikoff and Paul Diabolos were sculptors who worked on the construction of UC. Reznikoff, a muscle-bound Russian from Poland, had been saving his money and planned to marry his long-time girlfriend, but then discovered that she had been conducting a secret affair with Diabolos. A good-looking Greek from Corinth, Diabolos had somehow convinced her to steal Reznikoff's hard-earned cash and run away with him out West.

Furious, Reznikoff confronted and attacked his co-worker on the UC construction site. But Diabolos, armed with a knife, killed him and dumped his body down a well. Denied a proper burial and ticked off about the whole betrayal/murder episode, Reznikoff began a long career of haunting the historic college.

Earlier today, I rode my bike to the University of Toronto's University College to photograph the door with the gash in it from where where Reznikoff's axe missed Diabolos.

As the legend goes, this axe battle continued atop the Soldier's Memorial Tower where Reznikoff fell to his death.

And yes, the Diablos who buried Reznikoff's body in the foundations of the building and vanished from Toronto is the namesake for the Diablos Coffee Bar where many an undergrad can still be found to this day skipping class.

About Toronto Mike
Toronto
I own TMDS and host Toronto MIke'd. Become a Patron.
Previous Post : 6 Top Tips for Beginner Horse Racing Bettors   Next Post : 5 Reasons Why You Should Get Tragus Piercing?