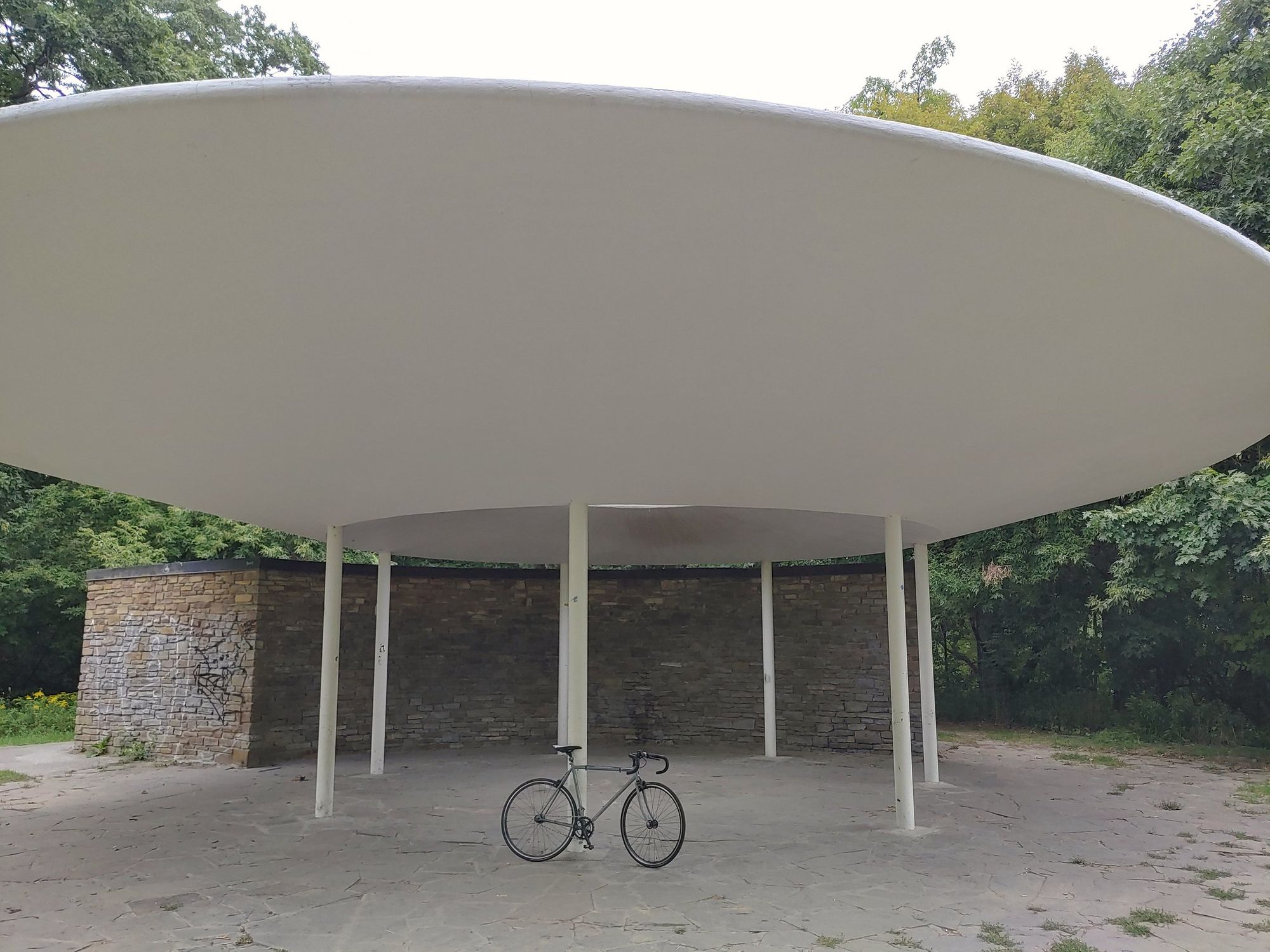 For years a favourite Toronto bike ride of mine was a ride along the waterfront trail to the Humber River Recreational Trail, then north to James Gardens, south to the St. Mark's Hill and then Annette Street to High Park and the park to the Martin Goodman Trail and back. I'd do that ride 2 or 3 times a week.

Lately, I've been more interested in exploring the Humber River Recreational Trail north of James Gardens. It's a great ride to Steeles, then it seems to end rather abruptly. But from Lake Ontario to Steeles, it's a fantastic Toronto bike trail, with only a few missing links. This post is about those missing links.

At Sheldon's Point, just west of the Humber Bay Arch Bridge, at the foot of Lake Ontario, we begin our ride north on the Humber River Recreational Trail. This stretch is where you find the Oculus Pavilion.  Just west of the pavilion, we encounter our first missing link: Stephen Drive.

You need to ride north on Stephen Drive, through the four-way stop at Berry Road, and then take a left at Riverwood Parkway. You'll see the entrance to King's Mill Park on the right. That puts you back on the trail.

The trail through King's Mill Park takes you to Old Mill Road (or is it Catherine Street - this little stretch over the bridge seems to have a different name) and you turn right until you're over the Humber River and the entrance to Etienne Brulé Park is on your left. That puts you back on the trail.

I love riding Etienne Brulé Park... stay on this trail along side the Humber River until just before the part under Dundas Street West where you leave the trail for a very brief stint on Lundy Avenue and then a left on Old Dundas Street, right where the Lambton House stands. The trail continues at the end of Old Dundas Street.

Now that you're back along the Humber River, you ride the trail across the rickety bridge, through gorgeous Lambton Woods, past Scarlett Mills Park, under Scarlett Road, until our next missing link at Eglinton. This part is a little confusing.

You'll find yourself at Scarlett Road and Eglinton and you'll wonder where the trail has gone? Because it's totally gone. But, you can pick it up again just north of Eglinton if you cross at the lights and rejoin the trail at Ukrainian Canadian Memorial Park. This part is tricky because it seems like you're expected to ride on the sidewalk for a little bit, which is something I hate doing.

Stick with it, because shortly after Chapman Road you'll be busting a right down the hill into Raymore Park. Then, after you cross the bridge you stay left. Luckily there's decent signage here to keep you on the Humber River Recreational Trail. Then it's a great, uninterrupted ride until just you ride under St. Phillips Road and suddenly realize the trail has ended. IMHO, this is the greatest of the missing links as you actually have to climb stairs to Weston Road. Luckily, it's one of those staircases with a spot for your bike tire.

Now that you've been spit into Mallaby Park on Weston Road, what are you supposed to do? Continue north on Weston Road (you can even stay on the sidewalk if riding Weston Road sounds frightening to you - it's dumb, but it gets you to Fairglen Crescent and that's where you turn left and reconnect with the Humber River Recreational Trail. I hate this part of the ride, but it's worth it, because there isn't a missing link again until it all falls apart at Steeles near Kipling.

The Humber River continues north, but the trail just stops. I don't really know why. Steeles is the northern boundary for the city of Toronto, which may not be a coincidence. This is where I typically turn around and head for home.