Living With Aspergers During the Pandemic: bsmntdwllr Speaks 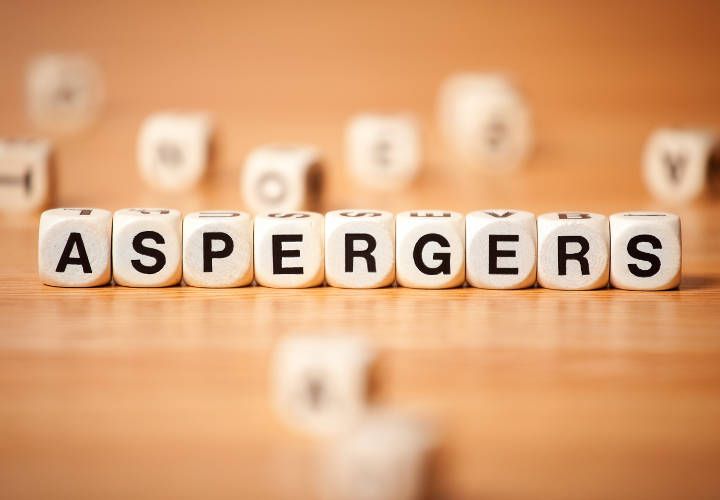 Hey, it's that former quite divisive Toronto Mike commenter known as either bsmnt or hadesdwllr 73 here, also sometimes known as Avery in 'Real Life.' Anyway, quick question: what is that like exactly?!? All kidding aside, perhaps a couple of you out there might have momentarily wondered whatever became of me when I retreated back into the shadows nearly 18 months ago?!? With a quick, appreciative shout-out to the friendly likes of Brandon, Rick C. and GUNTer, amongst others, including the lovely j.j., for either asking online, or in the case of j.j., being a kind angel of endless mercy and for regularly taking my bleak, broken record calls without hesitation. Look, I am not going to lie and/or sugarcoat things: the past 21 months have been difficult for us all. But as a middle-aged man, on the precipice of turning 50,  and as someone belatedly diagnosed with the somewhat invisible disability of Asperger's Syndrome, and who basically has no local family and only a single remaining, steadfast friend, well, it has not been easy at all. In fact it has been the greatest challenge of my life, aside from the deaths of my parents, and the difficult, involuntary demise of my only romantic relationship a scant few weeks before the initial Covid-19 lockdown in March of 2020.

Several years back I was very honest about all this on here, unsolicited as it was, and it was met by a fair amount of derision and ridicule by certain anonymous commenters, who took issue with both my previous high volume of comments, if not my often colourful and occasional borderline offensive language and tone, etc., amongst other complaints. And other than some occasional playful jabs at some of Cheryl's more interesting comments and observations in the Open Mike sections, I did my best to be moderate and civil unless I felt attacked. Obviously I did not always do a very good job in this regard but I tried my best, for the most part. Moreover, around the time of this site's change to its current commenting format, around August 1st 2020, I unilaterally realized that I had overstayed my welcome and hung up my commenting shingle, despite fairly regularly being invited by Toronto Mike to return and/or join the semi-secret DM Twitter group, which both my lack of home Internet and a deep aversion to social media participation would both strongly prohibit!  Additionally, the past two years have been difficult in that in-person mental health and group therapy sessions have been a virtual non-starter, absolutely no pun intended! Zoom is not a viable option for me and although I understand the necessary reasons for these changes, how else is a disenfranchised person such as myself supposed to even moderately engage with an often otherwise, unforgiving world? And another difficultly I have faced is the acknowledgement that I don't seem to exist! So much column space and airtime has been taken up regarding kids, the elderly, the homeless and various other special interest groups, but what about the disabled, and not just those people with physical disabilities? Trudeau's government gave $290 to the poor in April of 2020 and that has been it. There is a federal disability tax credit but it is difficult to obtain, especially for mental health reasons. Provincially, the Ford government has barely been any better, with the last O.D.S.P. increase occurring in the fall of 2017, courtesy of the K. Wynne-led Liberal government. Under Ford's watch there were four extra payments of $100 each, with the last one dated August 2020. These temporary gains then permanently stopped due to Ford's uninformed beliefs and biased opinions about the majority of disabled people.

Please understand: I do not drink nor do drugs, smoke or gamble and I am not lazy. Asperger's is now considered a learning disability and its so-called deficiencies can seriously limit every aspect of a diagnosed individual's life. And that I am also very fortunate enough to receive additional funds distributed from a Jewish charitable agency and provided by a community that has greatly stepped up during the pandemic. But please also note: these extra funds are not eternal nor are they perpetually guaranteed either. My 'housing' has long been precarious and the future looks most grim as the city has finally taken an interest  in my slumlord building, but that won't really buy me a half-priced cup of coffee! Plus, those extra funds I mentioned above have all been stashed in a rainy day fund, but the proverbial roof is leaking and good, lasting umbrellas are hard to come by...

In conclusion, thanks to Toronto Mike for giving me this forum to vent. Who knows how many people will take the time to read this admittedly lengthy and unexpected Cri de Coeur? But I truly do appreciate anyone who takes the time to do so. Going forward and depending on how this piece is received I just might be persuaded to share some other recent things I have written. And perhaps I might even one day return to commenting. That is not a THREAT! Be well.

About Toronto Mike
Toronto
I own TMDS and host Toronto MIke'd. Become a Patron.
Previous Post : Can Casino Chips Be Counterfeited?   Next Post : Meat Loaf, Dead at 74