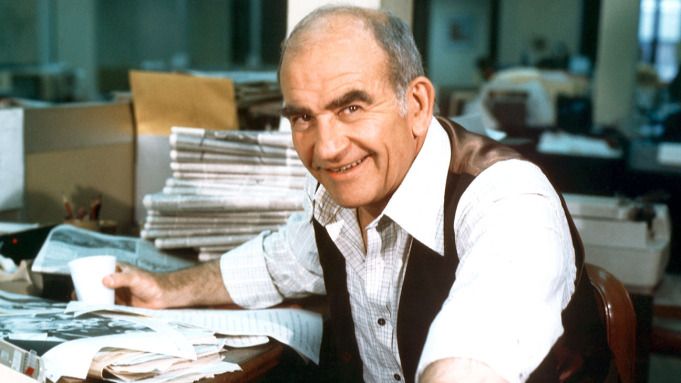 Ed Asner was the burly and prolific character actor who became a star in middle age as the gruff but lovable newsman Lou Grant, first in the hit comedy The Mary Tyler Moore Show and later in the drama Lou Grant. My kids know him best as Santa Claus in Elf and the voice of the elderly hero in Up.

Here he is with my pal Peter Gross.