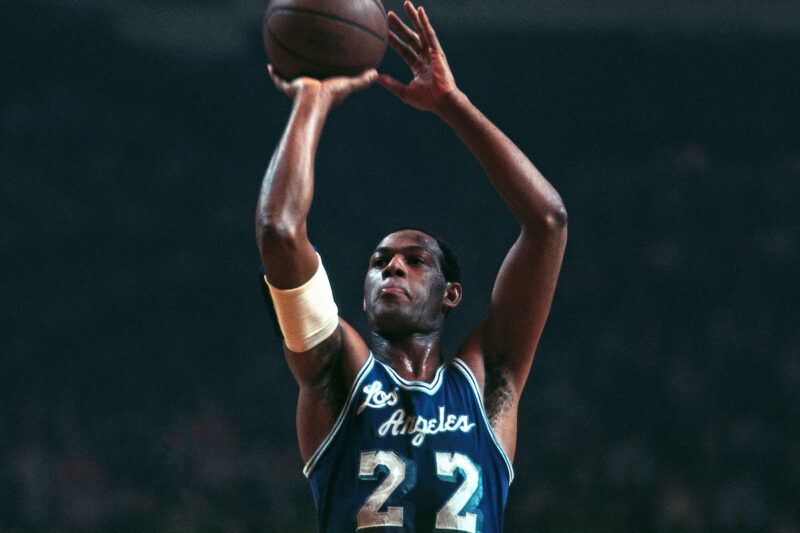 Elgin Baylor played 14 seasons in the NBA for the Minneapolis/Los Angeles Lakers, appearing in eight NBA Finals. He was the number one draft pick in 1958, NBA Rookie of the Year in 1959, an 11-time NBA All-Star, and a 10-time member of the All-NBA first team, and is regarded as one of the game's all-time greatest players.