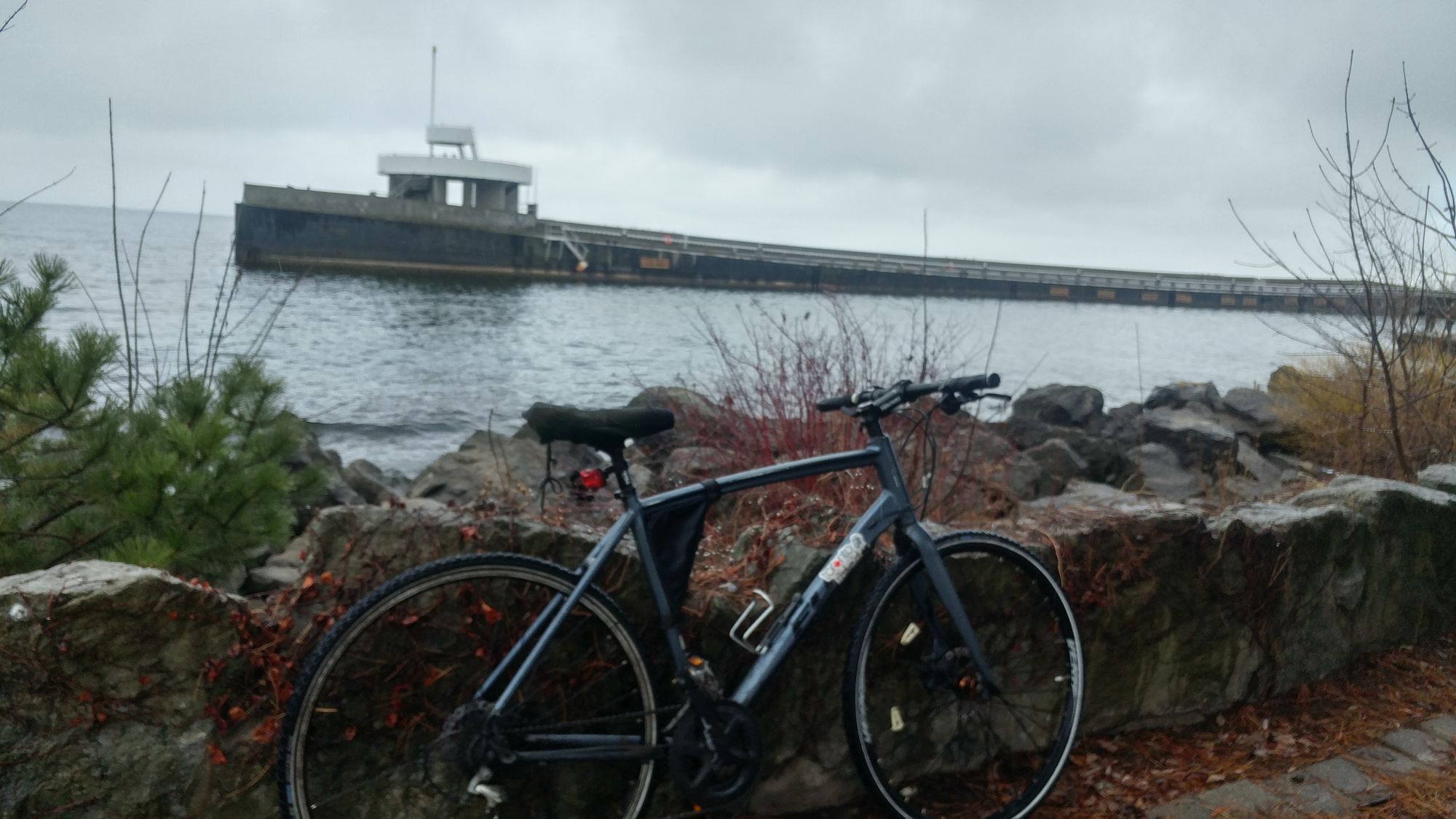 Ever since they opened Trillium Park and The William G. Davis Trail, I've been biking there and riding the grounds of Ontario Place. I'd always roll by this... I honestly never knew what to call it. Is it a barge? A barrier? I'd just ride right on by...

Today, for the very first time, I realized there was a ramp on the west end I could access. So I rode on top of it.

I tweeted about this earlier today and was educated by David on Twitter (whose grandfather was a Captain on the Great Lakes) that these were in fact a series of freighters.

When the construction of Ontario Place commenced in 1969, it was determined that a large breakwater was needed to protect the artificial islands and marina. An effective and relatively simple method for constructing this breakwater was to sink three decommissioned Great Lakes freighters, end to end, then covering them in concrete to form a breakwater. Unlike the Corey/Ridgetown at Port Credit, visitors to Ontario Place can walk along the concrete walkways that cover and connect the three ships’ decks, which are known as the “Sunken Ships Promenade”.

So there you have it. It's a "breakwater" and this specific breakwater is the "Sunken Ships Promenade.

And today I rode my bike on it for the first time.