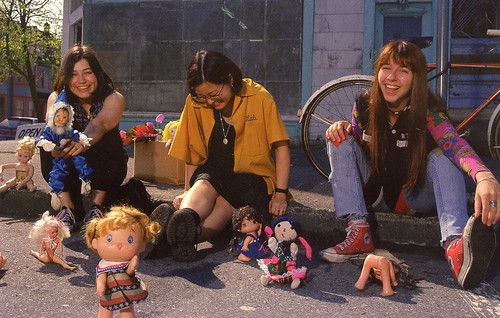 Before we all gained access to the internet, I was exposed to new music on one of four ways:

Any of those four exposures could get me to hop on the subway or my bike to visit A&A, Sam the Record Man or HMV downtown to pick up a cassette or CD. But now that we have instant access to the entire universe of recorded music, I'm often surprised to discover musical blind spots.... bands that didn't enter my consciousness from any of the aforementioned four channels.

A recent example is a band I read about in Michael Barclay's excellent "Have Not Been the Same". cub was an indie pop band from Vancouver that had some local success in the 90s. Local to Vancouver, that is. Here in Toronto I don't remember hearing any cub on the radio or even seeing cub on MuchMusic. But there they were, making melodic, jangly pop punk from '92 - '97.

Here's their album Betti-Cola in its entirety. That cover art is by Dan DeCarlo of Archie Comics fame.

So many blind spots...