Rap Traxx and the Fresh Prince 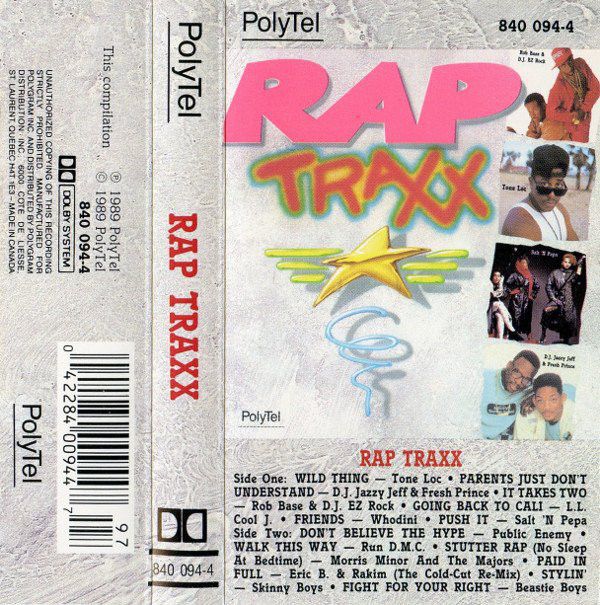 In the late 80s, when I was first discovering rap music, I bought a collection entitled Rap Traxx. It gave you a taste of music by Run DMC, Public Enemy, Beastie Boys, LL Cool J, Erik B. & Rakim, Salt N' Pepa and a Philadelphia outfit known as DJ Jazzy Jeff & the Fresh Prince. Their cut on Rap Traxx was Parents Just Don't Understand.

When Rap Traxx 2 was released in 1989, I picked it up, and got more jams by Boogie Down Productions, De La Soul, LL Cool J, Run DMC, Slick Rick, Salt 'N Pepa and, once more, DJ Jazzy Jeff & the Fresh Prince. This time, it was Nightmare on My Street.

The Fresh Prince seemed fun, and they had those great videos. So when I caught wind that there was going to be a new sitcom featuring Will Smith, THE Fresh Prince, I was psyched. It seemed custom made for 15 year old me. I was tuned in for episode one.

At some point in season two I bailed on The Fresh Prince of Bel-Air, it just couldn't didn't keep my interest the way The Simpson could, but that show went six seasons. Heck, I bailed so early, this is the only Aunt Viv I know!

The Fresh Prince of Bel-Air enjoyed a good run, Independence Day made Will Smith an A-list movie star, and the rest is history. Fun fact about Independence Day... I was living with my wife at the time in a bachelor apartment at Charles Street and Yonge and she needed to study for an exam, so I crossed the street and bought one ticket to see Independence Day. It remains the only time in my life I've seen a movie alone. I didn't care for the flick and didn't see another Will Smith movie until Ali.

30 years after the debut of Fresh Prince of Bel-Air, my oldest daughter is a big fan. She's seen every episode, a claim I sure can't make, and she's met the star.

I can't make that claim, either.

About Toronto Mike
Toronto
I own TMDS and host Toronto MIke'd. Become a Patron.
Previous Post : The Secret to Building a Successful Sales Team in Toronto   Next Post : Toronto's Pandemic Radio Ratings