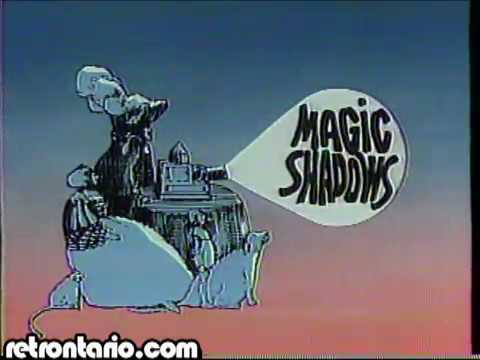 A frequently discussed topic when Ed "Retrontario" Conroy visits me for an episode of Toronto Mike'd is the Magic Shadows theme song. Magic Shadow, for you youngins, was a TVO show hosted by Elwy Yost that ran on weekday evenings from 1974 to the mid 1980s. Elwy would present classic feature films in a serialized format over the week from Monday to Friday.

Here's that theme song that never fails to hit me squarely in the nostalgia bone.

When you listen to that Harry Forbes composition, you're forgiven if you hear the Beatles influence. It's reminiscent of Across the Universe from The Beatles' final album, 1970's Let It Be. Fun fact: The song first appeared on the 1969 various artists' charity compilation album No One's Gonna Change Our World.

Harry Forbes was asked about this influence by Ed himself, and as Ed told me on Toronto Mike'd, he was just as influenced by Feel Flows by The Beach Boys. Here's that ditty from their 1971 album Surf's Up.

If you want to hear Ed and me chatting about Canadian theme songs, I recommend episode 167 and episode 378. How that THEME-OLOGY 101 episode from September 2018 failed to win a Canadian Podcast Award is baffling.

About Toronto Mike
Toronto
I own TMDS and host Toronto MIke'd. Become a Patron.
Previous Post : 700 New COVID-19 Cases - A New Ontario Record   Next Post : How to Deposit and Withdraw from Casino