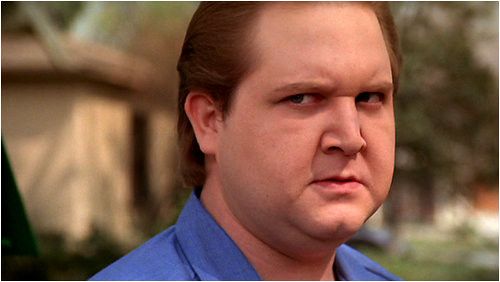 Last weekend, I watched The Naked Gun with the kids.  This weekend, it was Pee Wee's Big Adventure.  Next weekend, we'll watch Teen Wolf.

These three films have something in common besides the decade they're from.  All three feature little known character actor Mark Holton.

In The Naked Gun, Mark Holton played a baseball spectator who exclaimed "It's Enrico Pallazzo!".