If You Love the Leafs, You Hate the Habs: It Is Written 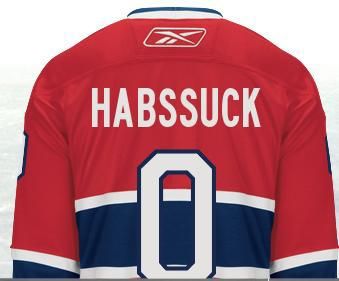 If another supposed Leafs fan tells me they're cheering for the Habs, I'm going to blow.  The commonality amongst the people I'm hearing this nonsense from is that they're all young.  It seems our youth thinks it's okay to love the Leafs and root for the Habs.

When I ask these young Leaf fans why they're cheering for Montreal, they give me the same two reasons:

Kids, let me be clear: under no circumstance is it okay for you to cheer for the Montreal Canadiens if you love the Toronto Maple Leafs.  There are no exceptions.    Should Montreal face Ottawa in the conference finals, you cheer for an influenza outbreak that suspends the season.

Luckily, Montreal isn't facing Ottawa in the conference final.  Montreal's facing Philadelphia, and that means for the next couple of weeks I'll be rooting with all my might for the Philadelphia Flyers.  Normally, I strongly dislike the Flyers, but in this situation, as a die-hard Leafs fan, the choice is clear.  Actually, it's not a choice at all.

If you know a young, ignorant, misguided Leafs fan who has decided to cheer on the Habs during these playoffs, please direct them here.  We need to put an end to this despicable nonsense.  Again, so there's no misunderstanding: If you love the Leafs, you hate the Habs.  There are no exceptions.

About Toronto Mike
Toronto
I own TMDS and host Toronto MIke'd. Become a Patron.
Previous Post : Transformers Were More Than Meets the Eye!   Next Post : 50 Greatest Hip-Hop Samples Of All Time = Webtopia