Avril Lavigne's Girlfriend vs. The Rubinoos' I Wanna Be Your Boyfriend 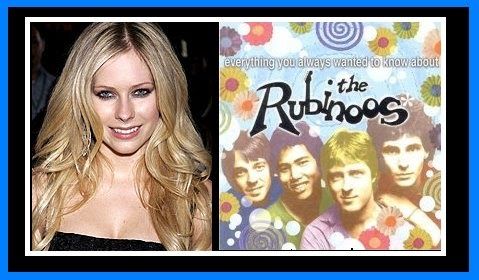 It's been a rough week for Avril Lavigne.  First Chantal Kreviazuk called her out over her song "Contagious" and now she faces a lawsuit by the members of a 1970s rock band who claim her hit song ''Girlfriend'' rips off one of their tunes.

Songwriters Tommy Dunbar and James Gangwer alleged in a lawsuit filed in U.S. District Court that Lavigne and her co-writers lifted their 1979 song ''I Wanna Be Your Boyfriend,'' which was originally performed by new wave band The Rubinoos.  I heard the two songs compared on Edge102 this morning, and they're very similar.  The choruses are almost identical.

Here's a comparison of the two songs so you can hear for yourself.