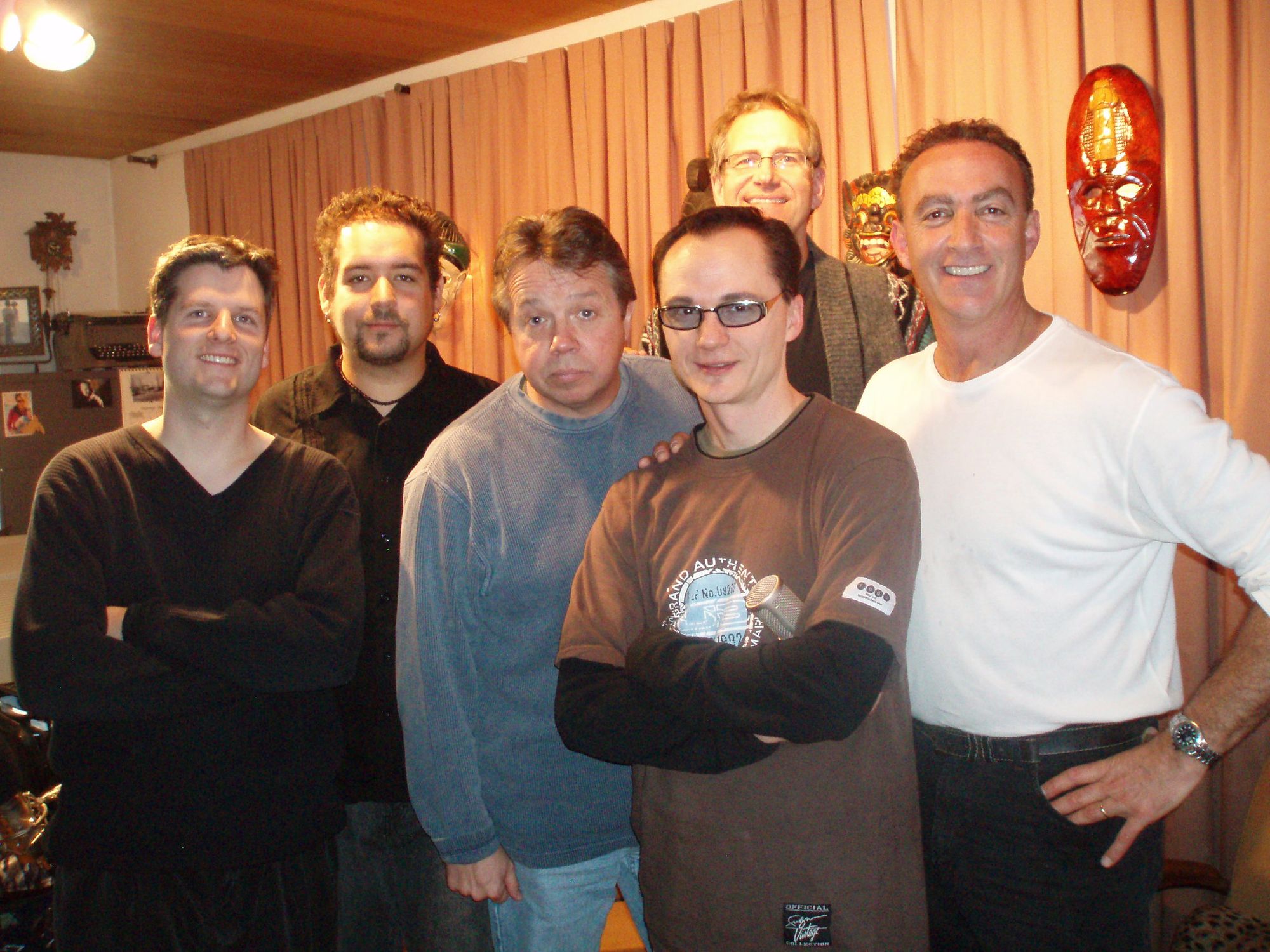 I was lucky enough to be a little slice of broadcast history this weekend.  Regular visitors to this site have seen me write about The Humble & Fred radio show.  It began in 1989 on CFNY-FM (later renamed Edge 102) and was the morning show I awoke to until it moved to Mojo 640 in April 2001.  The team was broken up in the summer of 2005 when Fred Patterson was relieved of his duties at Mix 99.9.  In July 2006, Humble Howard experienced the same cruel fate.

For many a Humble & Fred fan, their annual Christmas show was a highlight of the season.  This Christmas marked the first time in seventeen years that neither was on the radio.  The Humble & Fred Christmas Show was dead... or was it?  I received a call on the QT from Humble on December 8th in which we discussed the logistics of recording a Christmas show and sharing it at humbleandfred.com.  On December 10th I wrote a plan of a attack and received a late night call from Humble indicating it was a definite go.  I threw a temporary countdown page at humbleandfred.com and was told to be at Dan Duran's house on December 16 at 10:30 in the morning.  I was going to be the embedded journalist as history unfolded.

It had been well over a year since the two conversed on the mic as they had daily for over sixteen years, so I knew this was something special.  I was also a fan of their folksy charm and humour that never failed to make me laugh.  I charged the battery of my digital camera and made the short stroll to Dan's house yesterday morning unsure of what to expect but certain I'd be witnessing something extraordinary.

In addition to Dan Duran who was producing the show in his home office, his wife and son were mingling about when I showed up.  Soon thereafter, Humble Howard arrived with his daughter Spencer, followed by Fred Patterson, Scary Bald Headed Pete (who is no longer bald) and Bingo Bob.  Dan, Pete and Bob were all former producers of the Humble & Fred show making me the one person in the room who had never appeared on the radio show.  My plan was to not pollute the process, take it all in and snap a ton of pictures.

The first thing I noticed was how natural and genuine it all seemed.  There was some discussion about how it would all unfold, some audio checks and arrangement of the non-live material and then it was show time.  It was all so slick, Humble and Fred anticipated each other so well, it was like watching a couple that's been together so long they finish each other's sentences.  Even better, it's totally organic.  No scripts, no second takes, just a natural flow that's both endearing and hilarious.  The warm and fuzzy nature of the hour long show is perfect for this time of year.  The Baileys Irish Creme in the coffee didn't hurt either.  By the end of the show, Dan's wife was literally preparing martinis.  It was the most fun you can have on a Saturday morning without taking your clothes off.

The show itself included a frank discussion about what transpired since Mix 99.9, a recollection of Christmas shows past, some great performances by The Doo Wops and Barenaked Ladies, the annual favourite "Snow Removal Machine" and a number of great Humble & Fred exchanges that make you scratch your head and wonder why these two are still out of work.

On the morning of December 22, the 17th Annual Humble & Fred Christmas Show will be available at humbleandfred.com.  You will be able to stream it from the site or download the MP3.  If you were ever a fan of the Humble & Fred morning show, or if you're just curious what all the fuss is about and in the holiday spirit, you're going to want to check this out.

Throughout the broadcast yesterday morning I was overwhelmed with this tingling feeling that had nothing to do with Baileys or Jackie's martinis.  A large media company forced Humble and Fred off of their airwaves ending a seventeen year run in Canada's largest market.  Without a time slot on terrestrial or satellite radio, the Christmas show survived.  Think of the Grinch stealing all the Christmas trees and presents in Whoville.  The Whos' holiday spirit could not be crushed just as Humble and Fred's voice could not be silenced.  You can take their jobs, but they belong to us.

Take a moment to check out my Humble and Fred Holiday Reunion photoset.  Witness history in the making for yourself.  I was honoured to be a part of it.